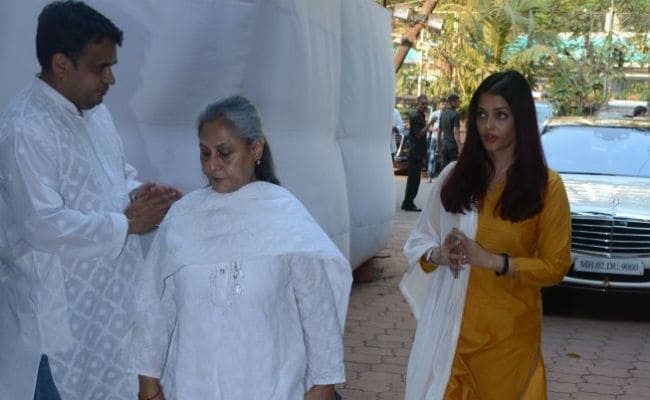 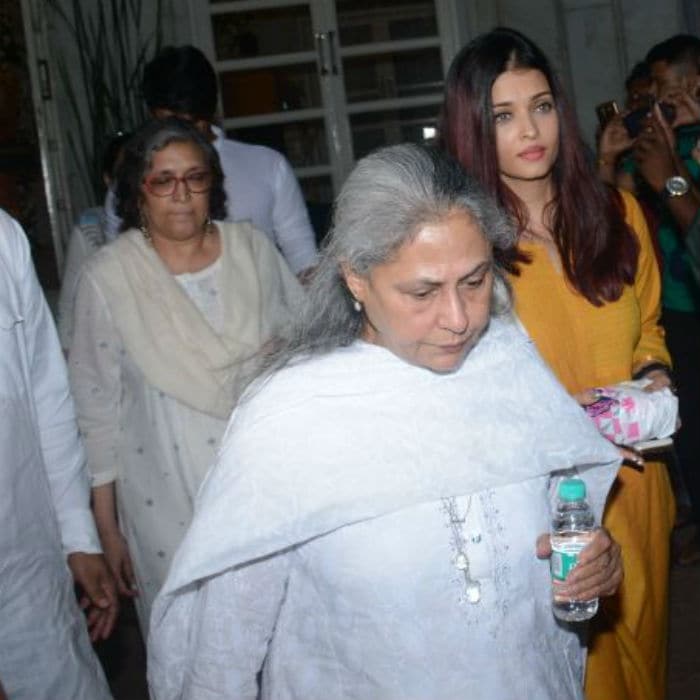 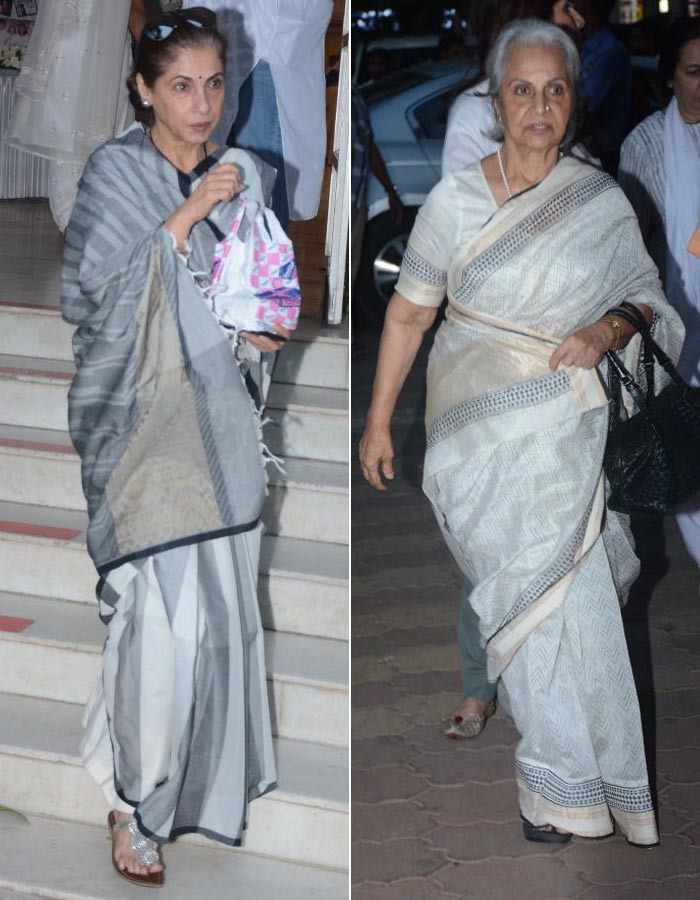 Dimple Kapadia and Waheeda Rahman at the prayer meet 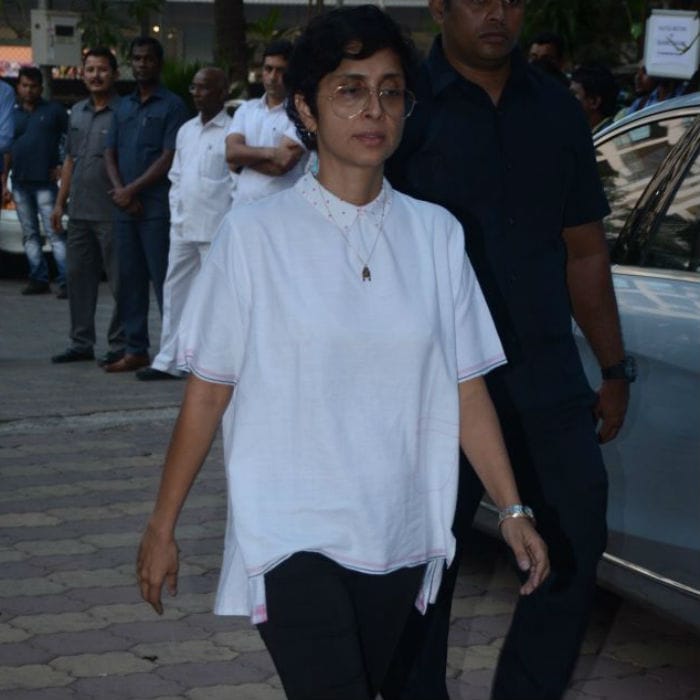 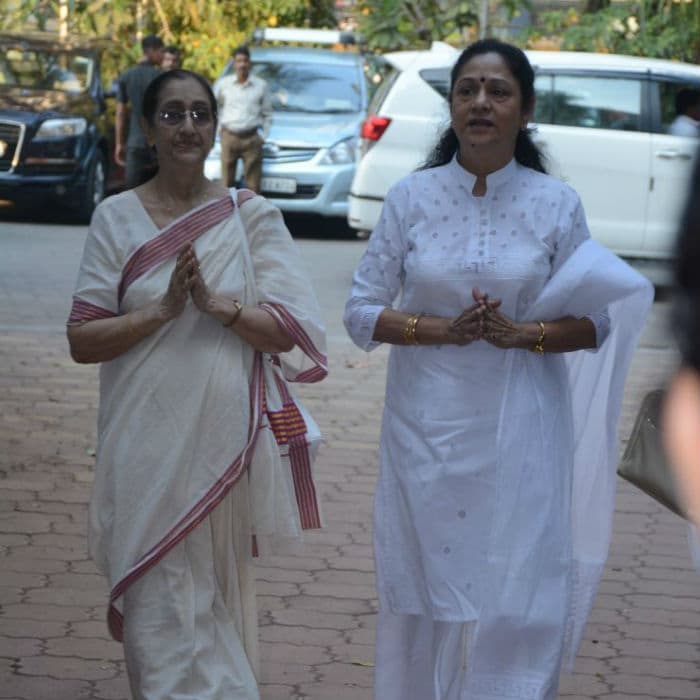 Actresses Aruna Irani and Asha Sharma were also there 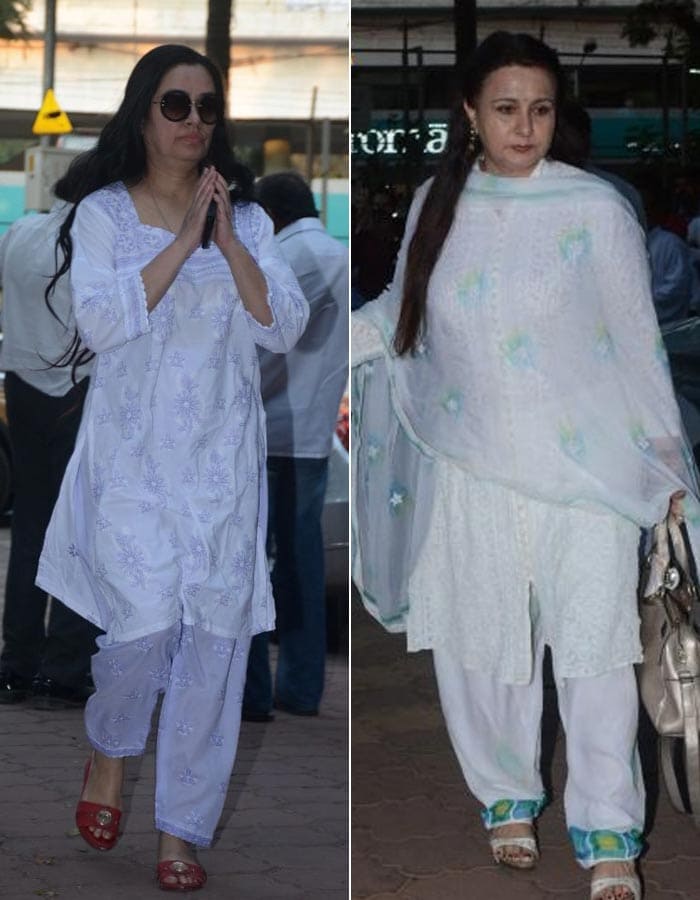 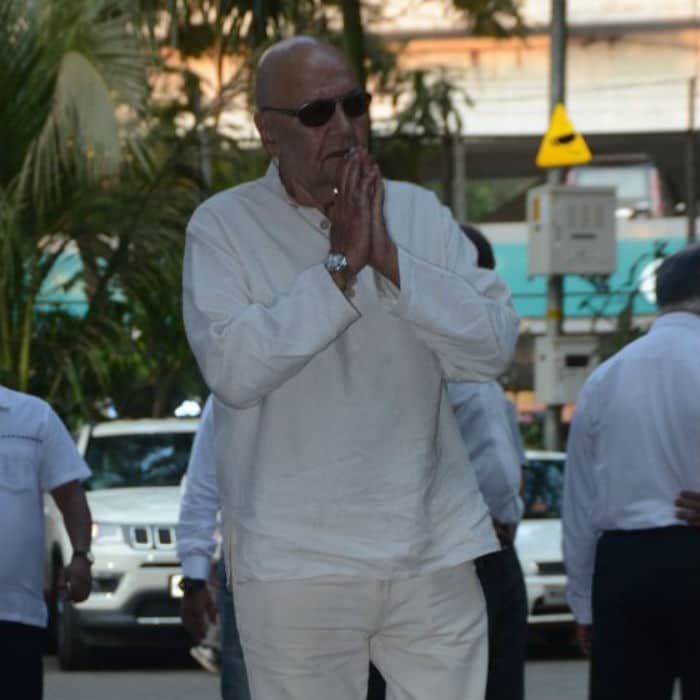 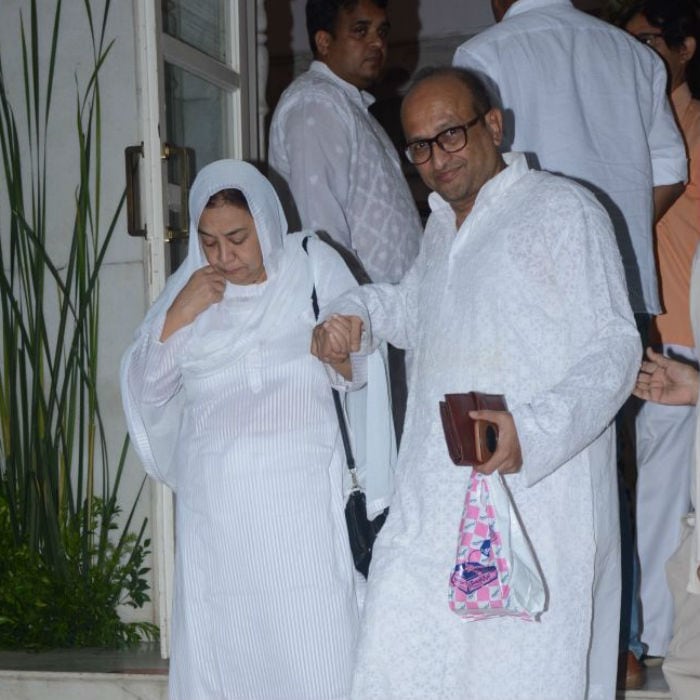 Nargis, who had worked in over 200 Bollywood films, was adored by one and all. Thus she was fondly addressed as Shammi Aunty. In her last days, Shammi was living alone, reported news agency IANS. After the death of her sister Mani Rabadi, Shammi had restricted her outdoor visits and was confined to her home. Her adopted son Iqbal lived a few apartments away.

At Shammi's funeral, veteran actress and her best friend Asha Parekh told IANS that she lost her 'guardian angel'. "I haven't wept so much since I lost my parents. I called her Shammi Aunty. She was much older than me. But we were best friends for years. She shared everything with me. It was a natural-born trait in her to win people's confidence."

Promoted
Listen to the latest songs, only on JioSaavn.com
Shammi Aunty, who made her Bollywood debut with 1951 film Ustaad Pedro will be forever remembered for her role in classic TV shows like Dekh Bhai Dekh and Shriman Shrimati.