"I don't have a problem in doing any kind of films, be it a serious one or a comedy," said Arshad Warsi 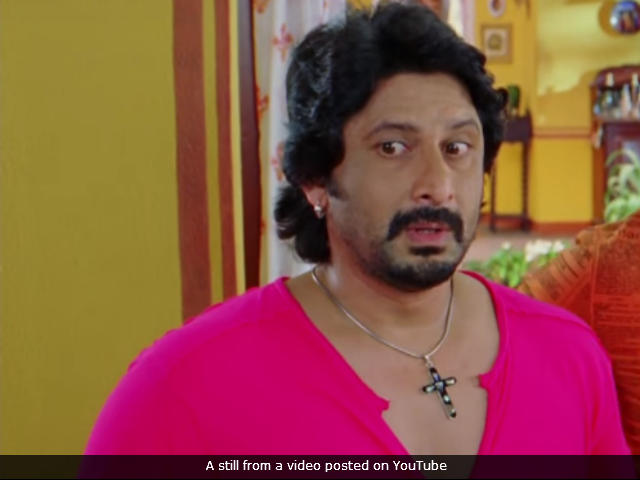 New Delhi: Actor Arshad Warsi, who has been featuring in Rohit Shetty's Golmaal series of films, will be seen reprising his role in Golmaal Again. Arshad shared his experience of filming the new Golmaal movie and revealed that fans can expect a newer and fresher version of the previous movies. Mr Warsi also added that there's no time to get bored while filming Golmaal Again. "I don't feel fatigued because our roles are really interesting. Had they been boring I would have been fed up. Here (referring to Golmaal Again), there's no space to feel like that. This time too we have new jokes and skits," the actor told news agency PTI.

Arshad, who was last seen in Aparnaa Singh's Irada, believes artistes do not try their hands at something new because they are scared of failure, reports PTI. Arshad said, "I think the fear of failure is what makes us stick to mediocrity which is sad. Fortunately, I don't have a problem in doing any kind of films, be it serious one or a comedy." Arshad also added, "From a weird character like Babban in Ishqiya or SSP Ajay Kumar from Seher, it's quite varied," stated PTI.

The 49-year-old actor also shared his one criterion for coming on board a movie: "There are Golmaals and Dhamaals too. So, it doesn't matter to me. I just do a story if I feel, it will be fun to do and watch. I have never bothered about sticking to an image or breaking out of a mould," he told PTI.

Arshad, who played the role of Circuit in Munna Bhai MBBS, believes once a character becomes popular, directors should not make any significant changes in it. He said, "It's like me trying to do Circuit from Munna Bhai MBBS in another way. It's a bad idea," reports PTI.