Are You Sure It's Not A Nolan Movie? Because Birthday Girl Dimple Kapadia Is Turning Time "Backwards"

Can you spot Akshay Kumar in the background? 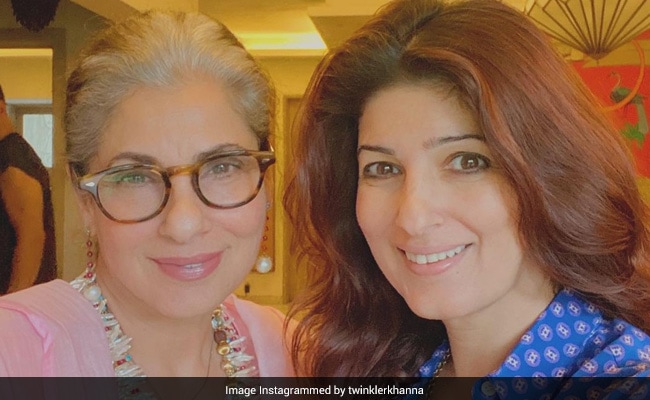 Dimple Kapadia, 64 today, received the best birthday greeting from her daughter and author Twinkle Khanna. She posted a picture with the birthday girl and added the best caption ever. In her caption, Mrs Funnybones made a reference to Hollywood director Christopher Nolan's universe of films where time is anything but linear. Also, since Twinkle's mom Dimple Kapadia starred in the filmmaker's last project Tenet, the caption makes even more sense. Not to mention Akshay Kumar photobombing the picture featuring the mother-daughter duo.

Twinkle Khanna captioned the post: "A certain someone photobombing our lovely birthday picture! Mother meanwhile is taking each year and turning it backwards like it's a Nolan movie." She added the hashtags #ageless and #birthdaygirl. "Happy birthday Dimple aunty," wrote Hrithik Roshan. "Please wish Dimpy happy birthday from me," commented Farah Khan Ali. Huma Qureshi wrote: "Happy, happy B'day to the most gorgeous of them all."

How cool is Twinkle's birthday wish for her mom. Take a look:

Dimple Kapadia is best-known for her performances in Bollywood films such as Bobby, Saagar, Rudaali and Gardish among many others. She featured in Christopher Nolan's Tenet last year. The film featured John David Washington and Robert Pattinson in the lead roles.