Ishqbaaaz actor Nakuul Mehta came across a write-up, which suggests that he is related to Anushka Sharma 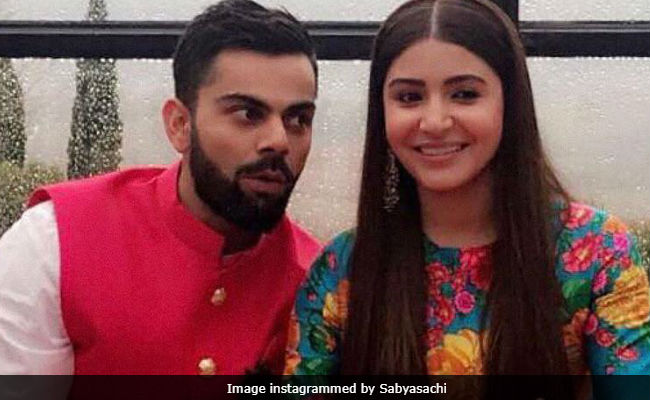 New Delhi: No, Anushka Sharma is not television actor Nakuul Mehta's sister. The Ishqbaaaz actor tweeted a screenshot of an article, which suggests that he is related to the Ae Dil Hai Mushkil actress and said: "Since I just got to know of this, would like to wish my 'sister' and (now) brother-in-law the very best for their new inning together." Anushka Sharma recently married cricketer Virat Kohli in Italy, which was only attended by family and close friends. Nakuul being neither (sorry, but that's true) wasn't on the guest list. He also added: "Should have been SMARTER and cropped the other links (there was a gaffe in Nakuul's first post) from the above picture but if I was, also would have made it to Tuscany."

Should have been SMARTER & cropped the other links from the above picture but if I was, also would have made it to Tuscany. pic.twitter.com/4NWUttfUQx

Anushka Sharma, who has wrapped the first leg of her wedding celebrations in Tuscany, returned to social media earlier today. She replied to most of the congratulatory messages but 'brother' Nakuul did not get a response.

Promoted
Listen to the latest songs, only on JioSaavn.com
Anushka Sharma will return to India soon for her two-part reception and then take off for South Africa with Virat. She will return in 2018 to complete her pending films. Anushka's parents have already reached Mumbai to prepare for the second round of celebrations. Filmmaker Mahesh Bhatt, who is in the Sharmas' guest list for Virat and Anushka's reception, shared what their invite looks like:

They made it ! Our heartiest congratulations to Anushka & Virat. We pray that this love story goes on forever and ever. Amen !@imVkohli @anushkasharmapic.twitter.com/dk9sqm4WgU

Anushka was last seen in Jab Harry Met Sejal. After returning from South Africa, she will complete the second schedule of Aanand L Rai's film, Yash Raj Films' Sui Dhaaga and start promotional duty for Pari, which will be her first film post wedding.