The first thing Anushka Sharma did upon her reappearance on Twitter since the wedding post, is tweet replies to all her friends and colleagues, who congratulated her on her shaadi 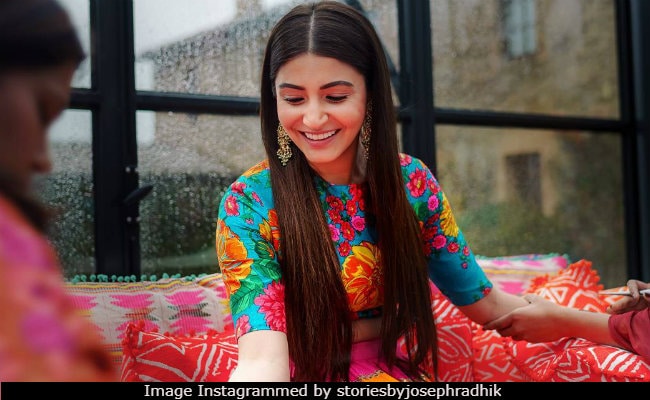 New Delhi: Anushka Sharma has wrapped the first phase of her wedding festivities and made a comeback on social media. The first thing she did upon her reappearance on Twitter since the wedding post, is tweet replies to all her friends and colleagues, who congratulated her on her shaadi. Anushka Sharma and Cricket Captain Virat Kohli had a destination wedding in Italy on December 11 in the presence of only close friends and family. Anushka, like the good girl she is, responded to megastar Amitabh Bachchan's congratulatory post first, before moving on to others. "Togetherness always," Big B had written, to which, Anushka said: "Thank you so much, sir."

Thank you so much sir @SrBachchanhttps://t.co/kOKCKnMhmp

Haha! Thank you so much @iamsrkhttps://t.co/vvld2xGQJv

Anushka, who is now part of cricket's A-List fraternity, also tweeted thanks to the Men In Blue, who showered wishes for Virushka. Shikhar Dhawan, Murali Vjay, Mohammad Shami, Ajinkya Rahane, Gautam Gambhir - all received a tweet of thanks each from Anushka while the tweet for Rohit Sharma had a congratulatory message in tow: "Congratulations on your splendid innings," tweeted Anushka. Rohit Sharma just scored his third double century in ODI cricket. Anushka also tweeted a response to Tennis Champ Sania Mirza.

Hahaha thanks Rohit! And congratulations on your splendid innings https://t.co/xeo9whyx8T

Promoted
Listen to the latest songs, only on JioSaavn.com
Others celebrities who also featured in Anushka Sharma's 'thank you' notes were Parineeti Chopra, Kajol, Sonam Kapoor, Madhuri Dixit, Kriti Sanon, Ileana D'Cruz, Juhi Chawla and Vaani Kapoor. On Monday, Anushka shared the big fat wedding news with both Twitter and Instagram posts, the latter of which garnered some 2,500,000 'likes' in 15 hours. It currently stands at over 3,174,664 'likes' and counting.

Anushka's parents have already returned to Mumbai while the couple appear to be extending their stay in Italy. After they return from Italy, the newly married couple will shift into a sea-facing apartment in Mumbai's Worli, which Virat had bought earlier. They will host two reception ceremonies this month - one in New Delhi, which is scheduled for December 21 and the other one in Mumbai, scheduled for December 26. The couple will then fly off to South Africa - while Virat will stay on to play a series, Anushka will return to her work commitments in Mumbai.