Anushka Sharma Is A Happy Girl In These Pics From England

Anushka Sharma dropped a bunch of new pictures on Instagram 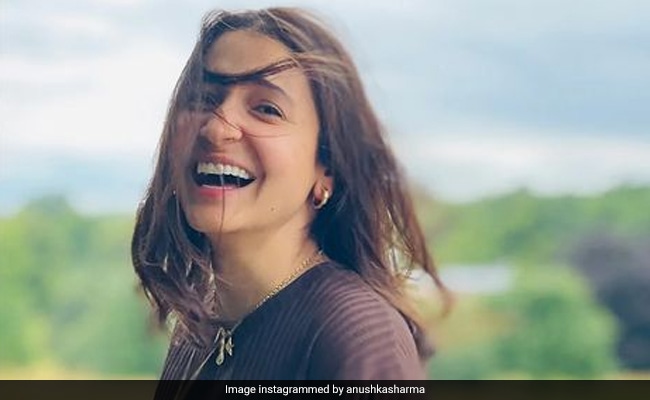 Actress Anushka Sharma is spending a happy Sunday in England and proof of that is her latest Instagram entry. The actress, who has been in England with her husband, cricketer Virat Kohli, for quite some time now, dropped three pictures of herself on Instagram. The pictures feature Anushka Sharma enjoying the England weather. While the first picture features her smiling, the other two feature her as she stops and poses in the middle of a road. Anushka captioned the post with three butterfly emojis. Many fans of the actress dropped heart emojis in the comments section of Anushka Sharma's post. Among others, actress Mouni Roy commented on the post and dropped star-eyed emojis.

As mentioned above, Anushka Sharma has been in England for quite some time now with Virat Kohli. She has been updating her England diaries on Instagram quite regularly. Earlier this week, she dropped another picture that featured her, Virat Kohli, KL Rahul and girlfriend Athiya Shetty, Ishant Sharma and wife Pratima Singh, Umesh Yadav and wife Tanya Wadhwa. The picture was clicked in England's Durham. "Dur'hum' saath saath hai," Anushka wrote in the caption of the post.

On last Sunday also, Anushka had dropped a bunch of pictures of herself from England. The pictures were from her day out with Athiya Shetty, who also clicked the pictures. "10 thousand steps and some nice photos on the way," Anushka wrote in the caption of the post.

Here's another post of the actress from England featuring Virat Kohli: