Anurag Kashyap Has Loads of Roles for Sonakshi. 'Does She Have Time?' 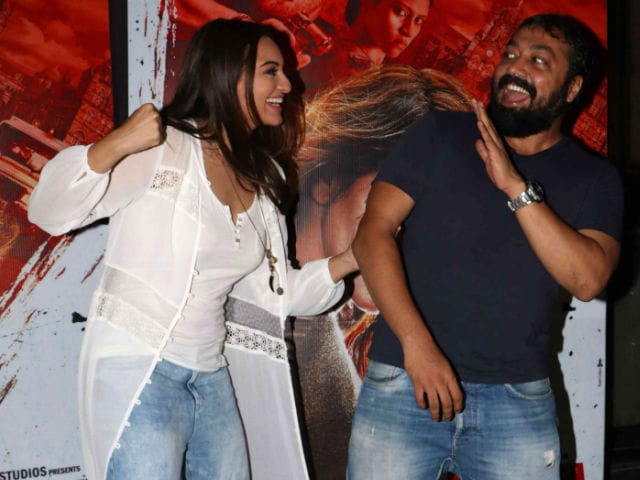 Sonakshi Sinha and Anurag Kashyap at a screening of Akira.

When the filmmaker was asked whether he has any role for the 29-year-old actress, at a special screening of AR Murugadoss' Akira, hesaid, "There are loads of roles for Sonakshi. But does she have time? She is a busy actor. I of course want her in my film."

The 43-year-old actor-director, who is playing the antagonist opposite Sonakshi in the film, was all praise for the Lootera star's acting.

"Sonakshi is a convincing action-hero. She will make you believe in her stunts. It is a completely female driven film," he said.

Promoted
Listen to the latest songs, only on JioSaavn.com
Akira, which also stars Konkona Sen Sharma, Amit Sadh, Atul Kulkarni and others, is all set to hit the theatres tomorrow.

Shilpa Shetty Told Husband Raj Kundra "Jhaadu Maaro." So He Did This