Anupam Kher Gets His 'First Ever' House In Hometown Shimla, Gifts It To His Mother 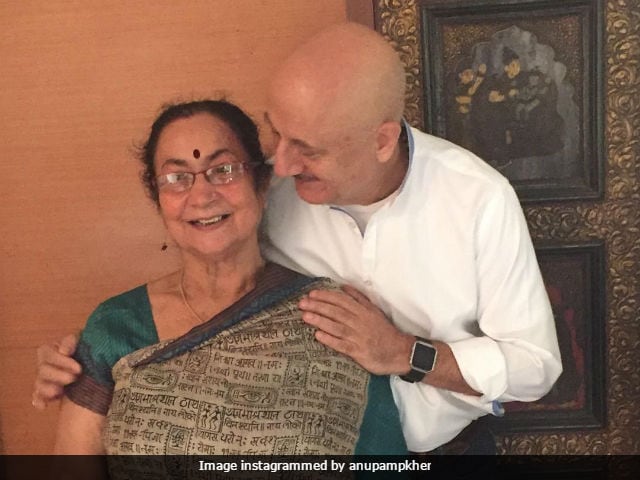 New Delhi: Veteran actor Anupam Kher, who was born on March 7, 1955 in Shimla (Himachal Pradesh), recently gifted a house to his mother. The 62-year-old actor shared the news with his fans on Twitter, via video. In the one-minute clip shared by him, he said: "We Indians always wish to own a house in a place where we grew up. I was born in Shimla. My father was a clerk in the Forest Department here. All our life, we lived in government quarters and rented accommodations. Due to some reasons I was unable to buy a house here. Today, I have bought a house here which I want to gift to my mother. She is really happy and has been teary-eyed since yesterday."

We Indians want to have our own home in a place where we grew up. Happy 2 share, we have our 1st ever home in Shimla. Presented it to Mom.:) pic.twitter.com/KkutDLbuqK

Anupam Kher also posted a video with his mother on Twitter, captioned: "There is nothing more gratifying than your parent's blessings. Mom is thrilled with her new house. She laughs here extra to hide her tears."

There is nothing more gratifying than your parent's blessings. Mom is thrilled with her new house. She laughs here extra to hide her tears. pic.twitter.com/o7pq4AueKp

In a career spanning over three decades, Anupam Kher has appeared in over 400 films and several plays.

Promoted
Listen to the latest songs, only on JioSaavn.com
Anupam Kher was honoured with the Padma Shri in 2004 and the Padma Bhushan in 2016 for his contribution in the field of cinema and arts by the Government of India.

Anupam Kher will next be seen in Naam Shabana co-starring Akshay Kumar and Taapsee Pannu. He will also feature in Toilet - Ek Prem Katha, directed by Shree Narayan Singh.