Anu Malik On Quitting Indian Idol 11: 'Will Come Back After Clearing My Name'

Anu Malik said, "The best thing is once you clear your name and go back to business, it is good for everyone." 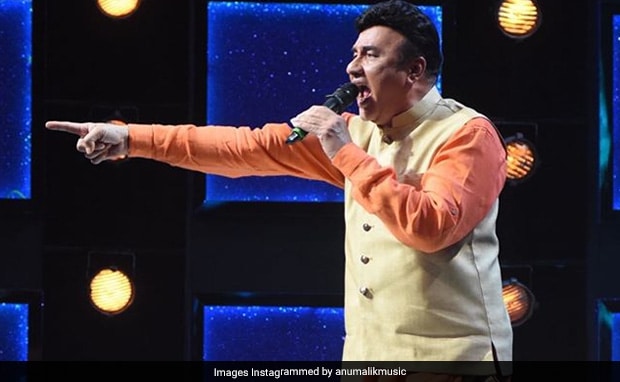 A day after singer Sona Mohapatra called Anu Malik quitting Indian Idol 11 a "symbolic victory (for women who've faced sexual harassment)," the music composer told Hindustan Times in an interview that he has taken a "three-week break from the show" to "clear his name" in the #MeToo-Gate, in which he has been accused by singers like Shweta Pandit, Sona Mohapatra and Neha Bhasin among others. "I have not quit the show. I have taken a three-week break. I want to clear my name and return to the show. If someone is saying things about me again and again on social media, it gets to you... This Twitter campaign has been going on since a while and I was tired of these false, malicious accusations on social media. The best thing is once you clear your name and go back to business, it is good for everyone," Anu Malik told HT.

On Twitter, Sona Mohapatra has criticised Indian Idol showrunners, Sony TV (which airs the show) and those associated with the singing reality show for rehiring Anu Malik after he stepped down as the judge of the show in the last season when he was first named in the #MeToo accounts of many female artistes. "Sony has been so supportive. Last season, I quit (after the accusations) and this year, they got me back. They wouldn't have brought me back if I was not in the clear. If they had any doubts about me, they wouldn't have approached me at all. This time, I told them that people keep saying things about me so this time, I will come back after clearing my name," he told Hindustan Times.

When India's #MeToo movement was at its peak last year, Sona Mohapatra and Shweta Pandit had accused Anu Malik of sexual misconduct, after which he stepped down as the judge of Indian Idol 10. After Anu Malik was rehired this year, Sona Mohapatra called the showrunners out for the decision and singer Neha Bhasin also added her #MeToo story naming Anu Malik.

Last week, Anu Malik shared lengthy Instagram post, in which he refuted the old and new claims of sexual harassment levelled against him as "false and unverified allegations." He wrote, "It has been over a year that I have been accused of something that I haven't done. I have been silent all this while as I was waiting for the truth to surface on its own. But I realise that my silence on the matter has been misconstrued as my weakness... Being a father of two daughters, I can't imagine committing the acts that I am accused of, let alone do it. Fighting a battle on social media is an endless process, at the end of which nobody wins. If this keeps on continuing. I will have no option but to knock on the doors of the courts to safeguard myself."

Anu Malik has composed music in Bollywood for over 40 years now. He won the National Award for Best Music Direction for 2000 film Refugee.