"Though the team has been left disappointed, knowing Kapil's health concerns, we wish he recovers soon," said the source 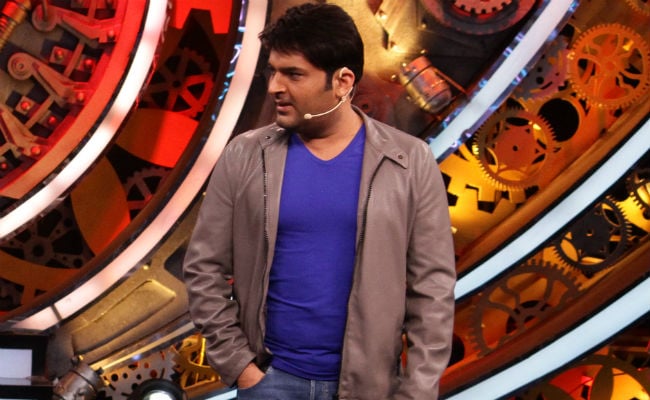 Kapil Sharma recently made an appearance on Bigg Boss 11

New Delhi: Last checked, Kapil Sharma was back on the block and was considering a new show with former colleague Sunil Grover. Kapil also made a comeback on television after a brief hiatus on a Salman Khan-hosted weekend episode of Bigg Boss 11. But it appears the actor-comedian is not back to being his regular fit self - he reportedly could not arrive on the sets of Akshay Kumar's The Great Indian Laughter Challenge for not keeping well. Kapil, who's also previously kept several stars waiting on the sets of his show, reportedly left the team of the comedy show "disappointed" with a long wait followed by a no-show.

Aired on Star Plus, The Great Indian Laughter Challenge has Mallika Dua, Zakir Khan and Hussain Dalal as mentors while Akshay is the Super Judge on the show.

Speaking to Indian Express on Tuesday, a source close to the production team of The Great Indian Laughter Challenge said: "Kapil gave a go ahead last night and the shoot was planned for today. The team waited for a while but seeing no trace of Kapil started the acts in the hope that he could join later on. His team later in the afternoon informed that Kapil wasn't keeping well and it won't be possible for him to join the shoot." Before going on a break, Kapil had cancelled several shoots of The Kapil Sharma Show, including ones that were to feature stars like Shah Rukh Khan, Ajay Devgn, Anil Kapoor and Arjun Kapoor.

Kapil Sharma, once a TV personality of unimaginable popularity, witnessed a downslide after his mid-air fight with Sunil Grover. Popularity of The Kapil Sharma Show dipped, he resorted to alcoholism and experienced frequent panic attacks. Advised medical attention by doctors, Kapil went on a break and spent time at a rehab recovering from alcoholism while Sony Entertainment Television stopped airing fresh episodes of Kapil's show. All of this is not unknown and hence this is what the source told Indian Express about Kapil's no-show: "Though the team has been left disappointed, knowing Kapil's health concerns, we wish he recovers soon."

Earlier in September, it was reported that Kapil left the rehab 28 days early to shoot the remaining parts of his second Bollywood film Firangi. Kapil was reportedly completely sober and had given up drinking, a "close friend" had said.

So far, there's not been an announcement about when Kapil Sharma will be back on TV (if at all) with his previous show or a new one. He is currently looking forward to the release of Firangi, which is to hit screens on November 24.
Comments
kapil sharmathe great indian laughter challenge