"The rest of the cast members are also ready to come on board," said Kapil Sharma 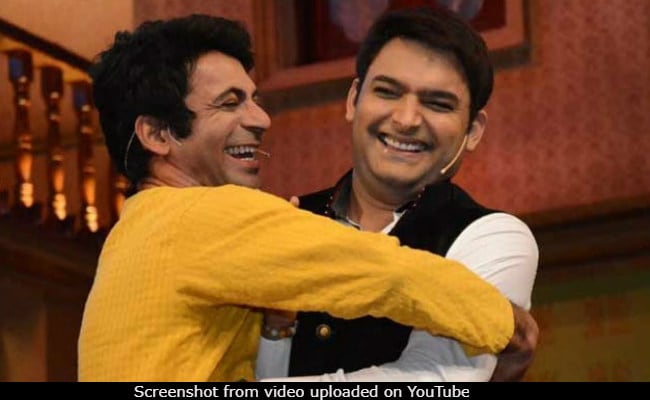 New Delhi: How excited will you be at the prospect of a new collaboration between Kapil Sharma and Sunil Grover? Hold your horses because Kapil Sharma is yet to initiate talks with his former co-star. We say 'former' co-star because Sunil Grover walked out of the very popular Kapil Sharma Showafter an ugly mid-air altercation with the show host earlier this year. Talking to mid-day, Kapil Sharma said he's looking forward to work with Sunil Grover soon, who is currently in Canada. "He is currently in Canada. As soon as he returns, we will meet up and discuss the possibility of a new show. Hopefully, we should be back together," mid-day quoted him as saying.

"The rest of the cast members are also ready to come on board," added Kapil, whose show regulars Chandan Prabhakar, Ali Asgar and Sugandha Mishra had quit in support of Sunil Grover. Kapil Sharma was well reputed both as a comedian and his show but witnessed a sudden dip in popularity after he allegedly threw a shoe at Sunil. Kapil was allegedly inebriated during a flight back from Melbourne and assaulted and abused Sunil on board.

Back in 2014, Sunil had also quit Kapil's previous show Comedy Nights With Kapil to headline his own stand-alone series Mad In India. "This time too, I was sad that our issue had become so big that it had started affecting our friendship. I tried explaining to him that everyone makes mistakes and I too had committed one. But he wouldn't have any of it," Kapil told mid-day.

Promoted
Listen to the latest songs, only on JioSaavn.com
It is known that Kapil Sharma recently spent time at a rehab recovering from alcoholism and that Sony Entertainment Television stopped airing fresh episodes of Kapil's show after he went on a break earlier this year. There's no announcement about when Kapil's show will be back on TV.

Kapil Sharma is currently gearing up to release his second Bollywood film Firangi, which is scheduled to hit screens on November 24.