The Great Indian Laughter Challenge apparently did not get good TRPs. Therefore, Sajid Khan and Shreyas Talpade have been recruited 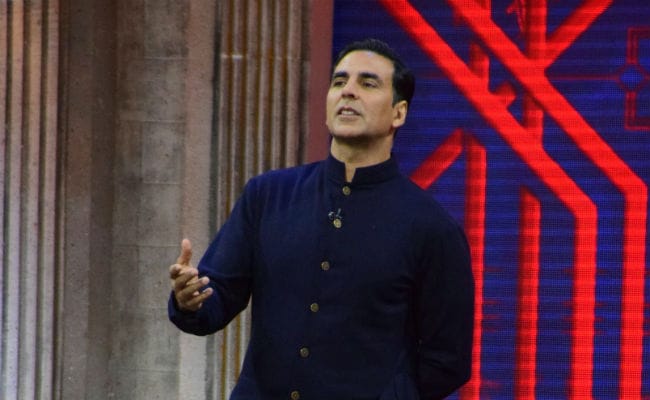 Akshay Kumar on the sets of The Great Indian Laughter Challenge.

New Delhi: There's a bad news for Akshay Kumar's The Great Indian Laughter Challenge, which is struggling to keep up with the TRP challenge. According a mid-day report the showrunners have decided to sack mentors Mallika Dua, Hussain Dalal and Zakir Khan and replace them with Sajid Khan and Shreyas Talpade, who will join Akshay Kumar at the judge's panel. "The last few seasons were a big draw. But, this season didn't kick off on a great note. The makers arrived at the decision after seeing the dismal TRPs (TV rating)," a source close to the project told mid-day.

Sajid Khan, who has made comedy films such as the Housefull series and Heyy Babyy, was a popular choice to take up the role of the judge while Shreyas' name was finalised after he came for the promotions of Golmaal Again on the show recently. "The team went ahead with Sajid and Shreyas only after it was green-lit by Akshay. Shreyas was signed on Saturday and Sajid completed the paperwork last evening," the source said. Promotion of Golmaal Again on The Great Indian Laughter Challenge

The change in cast will come into effect from the end of October. Mallika Dua, Hussain Dalal and Zakir Khan will be a part of the Diwali weekend specials while episodes featuring Sajid Khan and Shreyas Talpade will air from October 28. "We would like to thank mentors Zakir Khan, Mallika Dua and Hussain Dalal for giving us our final contestants. We now move from mentors to judges Sajid Khan and Shreyas Talpade," mid-day quoted producer Ashvini Yardi as saying.