Anil Kapoor was asked if he misses doing kissing scenes on set to which he replied, "Do you want me to get beaten up at home?" 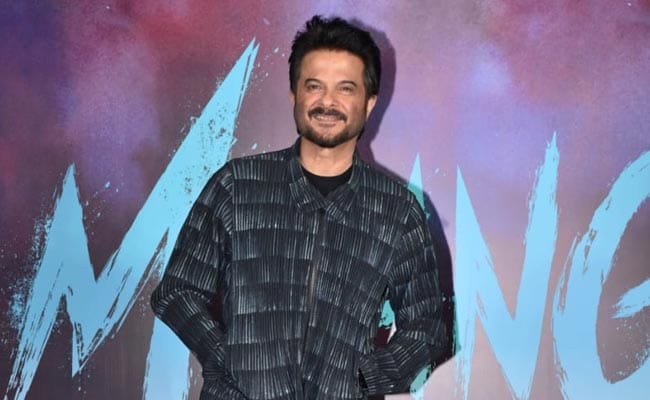 Actor Anil Kapoor recently opened up about a buzz-worthy topic. The actor was questioned if he misses doing kissing scenes on screen at the trailer launch of his upcoming film Malang in Mumbai recently, reported news agency IANS. The film includes co-stars Aditya Roy Kapur and Disha Patani, who feature in a few intimate scenes. At the event, Anil Kapoor was asked when he sees younger actors shooting intimate sequences as part of the script, if he too misses doing such scenes. In response, the Malang actor said, "Do you want me to get beaten up at home? There are Sonam and Rhea, and Sunita," reported IANS. After a pause, he laughingly added: "Obviously I feel bad about it somewhere down the line!" Anil Kapoor and Sunita Kapoor married in 1984 and are parents to daughters Sonam and Rhea, and son Harshvardhan.

In 2016, Anil Kapoor's kissing scene with Surveen Chawla for the second season of the TV series 24, trended a great deal. Reacting to the buzz, the actor had told news agency IANS: "I've kissed in my films when there has been a need to. In 24, a liplock was needed. So we went ahead and did it. About time we stopped making a fuss about these things. The content in 24 is not juvenile."

The 63-year-old actor is often applauded for ageing gracefully, recently starred in a photo along with his Malang team, which prompted netizens to point out he looks younger than his co-stars. When questioned about his magical looks, Anil Kapoor jokingly replied, "I don't take it seriously to be honest. It was the magic of that pink shoe I wore in that picture and that's why I was looking young." Anil Kapoor's Malang cast includes Aditya Roy Kapur, Disha Patani and Kunal Kemmu. The film is directed by Mohit Suri and co-produced by Luv Ranjan.

Anil Kapoor also added: "I feel when you work with young actors, young director or producers you feel motivated, you learn a lot and you get charged up, so, I knew that there is Disha, Aditya, Kunal, Mohit and Luv in the film, so I really felt charged."

The film, Malang revolves around a murder case which is handled by a cop, played by Anil Kapoor. The movie is set to release on February 7, 2020.