"Thank you for always being there," wrote Anil Kapoor 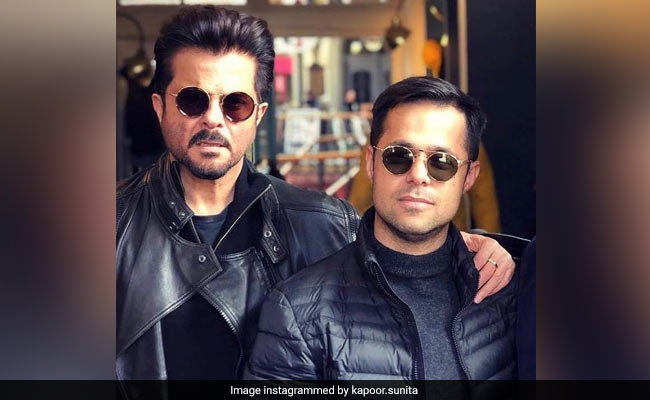 Actor Anil Kapoor wished his "friend, manager, confidant, fellow shoe lover and family" Jalal Mortezai a happy birthday with a warm post on social media. The post, which features a set of pictures of Mr Mortezai, is accompanied by this caption: " To the real Jalal by my side everyday...Happy Birthday my friend, manager, confidant, fellow shoe lover and family! Thank you for always being there! Love you!" Jalal Mortezai's shoes are prominently displayed in photo. See the post Anil Kapoor  shared for his manager here:

Anil Kapoor's wife Sunita Kapoor also shared a birthday wish for Jalal Mortezai - a picture of Anil Kapoor, Mr Mortezai and Anand Ahuja. "Happiest birthday, Jalal. We are blessed to have you in our lives... love you," Sunita Kapoor wrote. See her post here:

The photo Sunita Kapoor shared features three shoe aficionados - Anand Ahuja, who is married to Anil and Sunita Kapoor's daughter Sonam, is a sneaker fan who own the shoe brand Veg/NonVeg and wore trainers to his own wedding reception. Anand and Sonam Kapoor, an actor like her father, married in 2018.

Anil Kapoor was among the top leading men of the Nineties through the 2000s, headlining films such as Tezaab, Ram Lakhan, Mr India, Lamhe, Beta, 1942: A Love Story, Virasat, Taal and Pukar. He transitioned to supporting and ensemble roles in projects such as the Race films, Dil Dhadakne Do and Shootout At Wadala. Mr Kapoor also has Hollywood credits - he appeared in Tom Cruise's Mission Impossible: Ghost Protocol and the Oscar-winning Slumdog Millionaire.

Now 64, Anil Kapoor is still much in demand as an actor and is famous for his fitness. He was last seen opposite Anurag Kashyap in the experimental film AK Vs AK and is currently shooting Jug Jugg Jeeyo with Neetu Kapoor, Varun Dhawan and Kiara Advani.

How To Holiday Like Mira Rajput - Start With Chic Swimwear. Pic Here