"Throwback on a Sunday because why not!" wrote Anil Kapoor 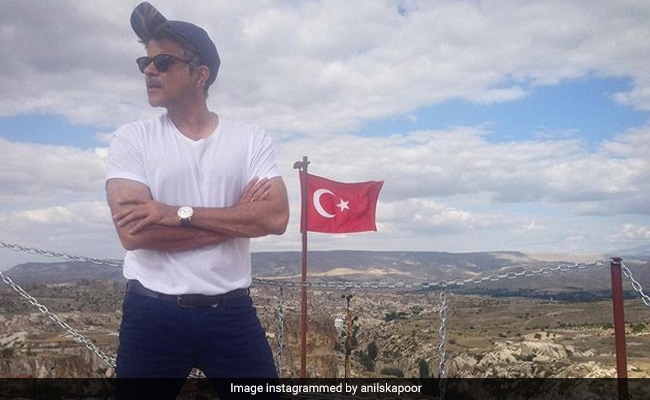 Actor Anil Kapoor posted a throwback picture of himself on Sunday and it went crazy viral in no time, courtesy Arjun Kapoor's comment on his post. The 62-year-old actor shared a photo of himself from the shooting schedule of his 2015 film Dil Dhadakne Do, in which he can be seen wearing white t-shirt and blue denims. Instagramming the throwback picture, Anil Kapoor captioned it in the coolest yet perfect way possible. He wrote: "Throwback on a Sunday because why not!" Arjun Kapoor, who never misses a chance to leave hilarious comments on his family members or friends' posts, came up with a hilarious reply to Anil Kapoor's "why not" caption. He stole the spotlight with his ROFL comment: "Just because you are looking great in the picture."

Coming back to Anil Kapoor's throwback picture, take a look:

And, here's what Arjun Kapoor commented: