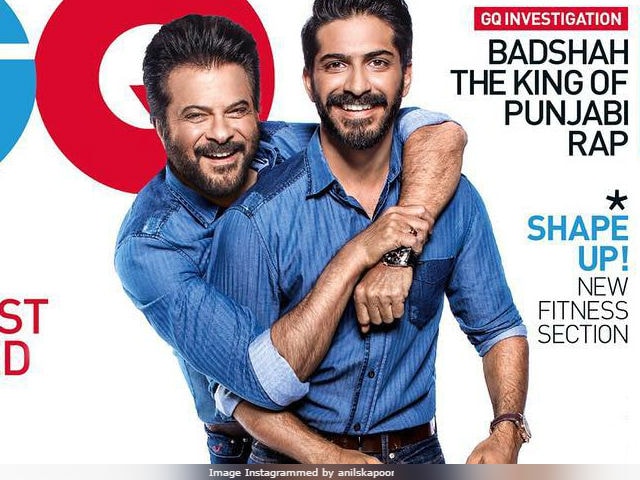 New Delhi: Anil Kapoor has style. Oh yes, he does. Mr Kapoor's son Harshvardhan is matching up to his star father's jhakaas persona with every move. Anil Kapoor and Harshvardhan feature on the cover of GQ India's June issue and it is such a treat. The father and son duo on the cover are almost like mirrored forms of each other - they are coordinated in every possible manner. Wardrobe, yes. Mood, yes. Basically, the Kapoors pretty much rock. "Couldn't be more proud to share the cover of GQ India with Harshvardhan Kapoor! The future is here and I'm thrilled to be a part of it," Anil Kapoor wrote on Instagram when sharing the picture.

Harshvardhan reveals the cover shoot is the result of going to work with his father. "It was 'bring your parents to work day' and now apparently we are on the cover of GQ India. Looking dapper with the one and only Anil Kapoor," the one-film-old actor Instagrammed.

Can you keep up with the Kapoors?

A post shared by Harshvardhan Kapoor (@harshvardhankapoor) on Jun 3, 2017 at 4:10pm PDT

The Welcome actor also recently stole some of the limelight from nephew Arjun and Harshvardhan at the GQ Awards in Mumbai. This is what we are talking about.

A post shared by Harshvardhan Kapoor (@harshvardhankapoor) on Jun 3, 2017 at 4:10pm PDT

Trend-setter Anil Kapoor also recently challenged Ranveer Singh, Arjun and Varun Dhawan to match the fashion standards he has been setting since the Eighties and Nineties.

Promoted
Listen to the latest songs, only on JioSaavn.com
Meanwhile, Anil Kapoor's elder daughter, actress Sonam is known for the fashionista she is. Sonam recently launched an apparel brand in collaboration with her sister Rhea.

Anil Kapoor is awaiting the release of Mubarakan, his film with Arjun Kapoor. Both the Kapoors play dual roles in the Anees Bazmee-directed movie, which arrives at the theatres on July 28. Harshvardhan will next be seen in Vikramaditya Motwane's Bhavesh Joshi.