Anil Kapoor made the most stylish use of Throwback Thursday, sharing a photograph of himself from what appears to be the Eighties or Nineties - and can we say, very respectfully, that we're thankful his fire engine red ensemble didn't make into this decade 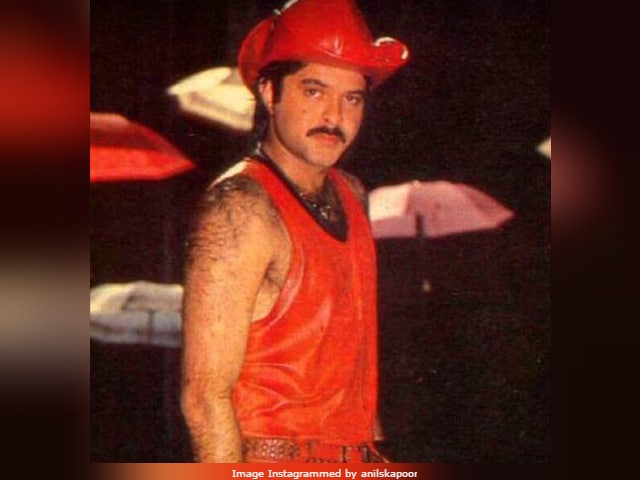 New Delhi: Ranveer Singh's madcap, quirky, maverick style is a fashion genre of its own but, excuse us, the very jhakaas Anil Kapoor was there first. The 60-year-old actor made the most stylish use of Throwback Thursday, sharing a photograph of himself from what appears to be the Eighties or Nineties - and can we say, very respectfully, that we're thankful his fire engine red ensemble didn't make into this decade. However, that is some serious swag. A look at the caption will reveal that the throwback picture is actually a challenge addressed to three actors - Anil Kapoor's nephew Arjun Kapoor, Ranveer Singh (him of the outre wardrobe) and Varun Dhawan. Mr Kapoor's post reads: "I've been breaking fashion boundaries way before you guys! Arjun Kapoor, Ranveer Singh, Varun Dhawan, I challenge you to beat this. Up for it?" If you will take our advice, Ranveer, Arjun and Varun, just concede defeat before you even start.

Because how do you even match this, leave alone top it? 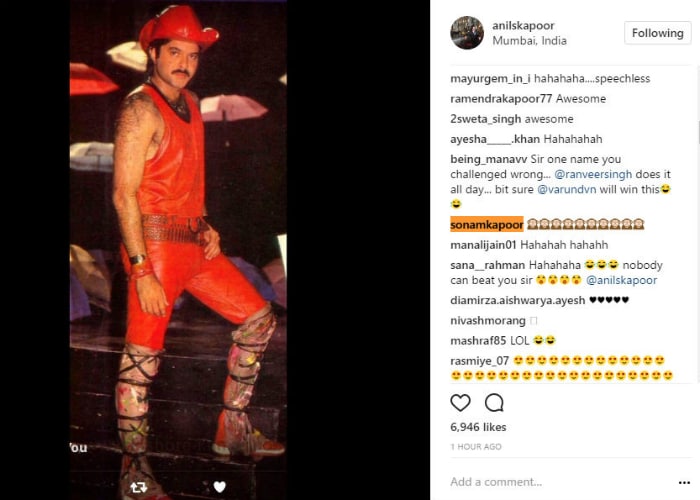 Meanwhile, Ranveer Singh agrees that there can be no competition and is looking forward to some great fashion advice from Mr Kapoor.

@RanveerOfficial if you need any ground breaking fashion advice you know who to call now! https://t.co/sObmT30iZs

Arjun said he will need a month or two just to "get over the look." We are rolling on the floor laughing. Anil Kapoor's next film Mubarakan is with Arjun Kapoor.

I need a month or 2 to get over the look first...will make sure I break the boundary with u when we promote #Mubarakan together !!! https://t.co/5suFxKZCKi

Arjun, Mr Kapoor will be waiting:

@arjunk26 I will be waiting to see what you come up with!!! #Mubarakanhttps://t.co/vLFHoYX5Sz

The Kapoors, comprising Anil Kapoor, wife Sunita and children Sonam and Rhea, are known for being a stylish lot. Of the Kapoors' style mantra, Sonam, who recently launched an apparel label with sister Rhea, said on NDTV's Spotlight: "We've been empowered to believe whoever we want to be and told it's okay not to conform." Anil Kapoor, star of films such as Tezaab and Ram Lakhan, is currently in his fourth decade in Bollywood and doesn't seem to be slowing down yet. He also recently celebrated 30 years of his 1987 cult film Mr India.

Promoted
Listen to the latest songs, only on JioSaavn.com
Last seen as a don in 2015's comedy Welcome Back, Anil Kapoor's Mubarakan is scheduled for July 25. Both Anil Kapoor and Arjun Kapoor have double roles in Mubarakan which is currently being filmed.