Anil Kapoor said, "1942: A Love Story was the only love story I did. I was very uncomfortable." 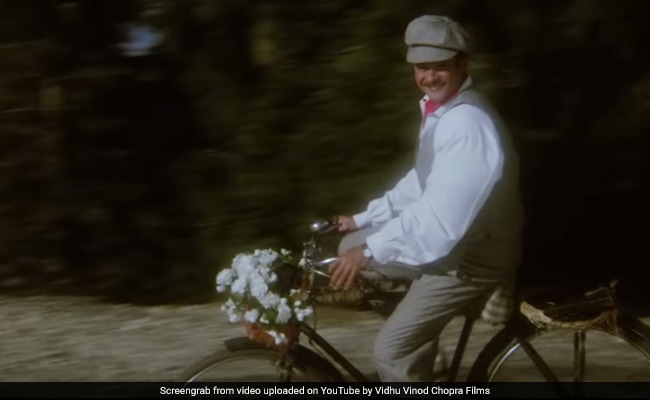 Vidhu Vinod Chopra's 1942: A Love Story is arguably one of Anil Kapoor's best films and recently, the actor told news agency IANS that he almost didn't do the film because he thought he was not a 'romantic' hero. Anil Kapoor said that he even suggested Aamir Khan and Bobby Deol's names for the lead role but the filmmakers convinced him otherwise. Anil Kapoor told IANS: "1942: A Love Story was the only love story I did. I was very uncomfortable. Initially, I refused to do the film. I told them clearly that I wouldn't be able to do such a role... I even suggested Aamir Khan and Bobby Deol for the role. I asked them, 'From which angle do I look romantic?' I was already a father of three kids at that time. But they convinced me."

"Today, I feel good that I did it. I worked really hard, lost weight, cut my hair, trimmed my moustache and worked on my costume to create the character. It was one of my most romantic films ever made. It had beautiful songs like Ek Ladki Ko Dekha Toh Aisa Laga, Kuch Na Kaho and Rim Jhim Rim Jhim, which people remember till date. Now when I see the film, I can't imagine anybody else doing that role," Anil Kapoor added.

1942: A Love Story was set against the backdrop of India's freedom movement. Anil Kapoor played the role of Naren Singh, son of an employee of the British Raj, who falls in love with Rajjo (played by Manisha Koirala), daughter of a revolutionary, who was also a part of the freedom movement.

Anil Kapoor, whose next film is comic caper Pagalpanti, told IANS that he can relate to the films made today. After Pagalpanti, Anil Kapoor has promising projects such as Takht and Malang in the pipeline. "I feel I can relate to the kind of films that are being made now - like Dil Dhadakne Do, in which I worked with Zoya (director Zoya Akhtar). I am doing my first historical film with Karan (filmmaker Karan Johar), called Takht. I haven't done a film like that before and I think it will be fun."