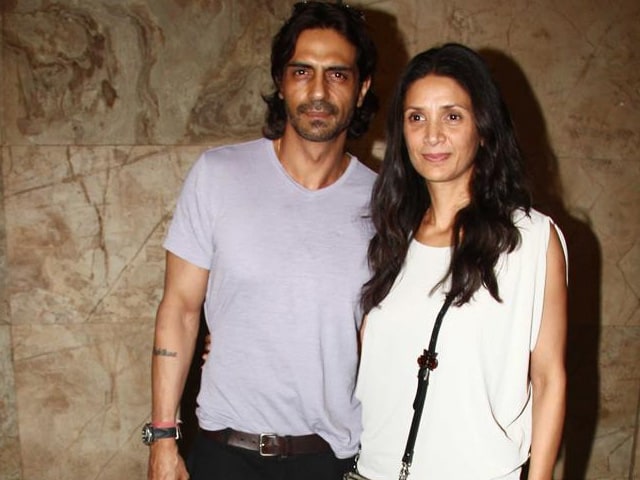 Calm down folks, Arjun Rampal and Mehr Jesia were not the couple filing for divorce in a Bandra court as reported by several leading publications. An angry Arjun has slammed the reports on Twitter, saying it was actually models Marc Robinson and Waluscha De Sousa at the court.

Arjun, 42, also told the press to 'mind their own business' and accused them of 'cooking up stories.'

From today I refuse to do any personal interviews or discuss my personal life with any media person.Mind your own business. #fakepress

The state of affairs about journalists in India.They on group chats on wasapp and cook up stories.Thats where news is made.That's the truth.

Leading tabloids reported that the Rampals had filed for divorce after being 'spotted' the court on March 9. Arjun Rampal married former Miss India Mehr Jesia in 1988. The couple have two daughters, named Myra and Mahikaa. They have lately battled rumours of a rift in the marriage.