Ananya Panday And Sister Rysa Are "Quarantined But Not Confined"

Ananya Panday and sister Rysa are having this much fun together 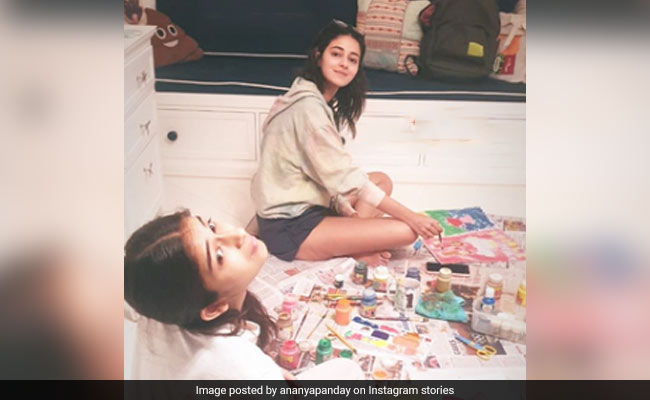 What's the best way to spare time during quarantine? Let Ananya Panday be your guide. The actress shared snippets from her fun-filled day on her Instagram stories. In the pictures, Ananya can be seen chilling with her little sister Rysa. Dressed in a pair of shorts and a sweatshirt, Ananya can be seen goofily posing for the camera. Going by the picture, the sister duo seems to be enjoying a painting session. Sharing the picture on her Instagram story, Ananya wrote: "Quarantined but not confined. Share how you are spending your quarantine." 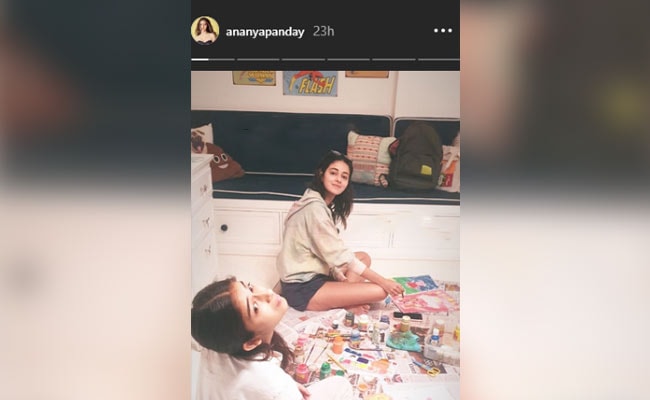 Over the weekend, Ananya shared a super cute picture with her sister and wrote: "We baked cookies (and by "we" I mean Rysa Panday baked cookies, I just danced around the kitchen and ate chocolate chips). She added the hashtags #StayHome and #StaySafe to the post.

we baked cookies!! (and by "we" I mean @rysapanday baked cookies -I just danced around the kitchen and ate chocolate chips ) #StayHome #StaySafe #JantaCurfew

Ananya Panday made her Bollywood debut in 2019 with Dharma Productions' Student Of The Year 2, co-starring Tiger Shroff and Tara Sutaria. Ananya also featured in Pati Patni Aur Woh, co-starring Kartik Aaryan and Bhumi Pednekar. The actress will also star in Khaali Peeli, opposite Ishaan Khatter. The actress has also signed a film opposite Deepika Padukone and Siddhant Chaturvedi, which will be backed by Karan Johar's Dharma Productions.

Other than films, Ananya Panday also has a digital social responsibility initiative called "So Positive." On Gandhi Jayanti last year, the actress launched a new campaign called "Swachh Social Media," which aims at curbing any form of social media bullying.