Amyra Dastur Reveals An Actor 'Squeezed Up' Against Her, Director Told Her 'Suck It Up'

"When I threw him off me and refused to speak to him again, he made my experience miserable," said Amyra Dastur 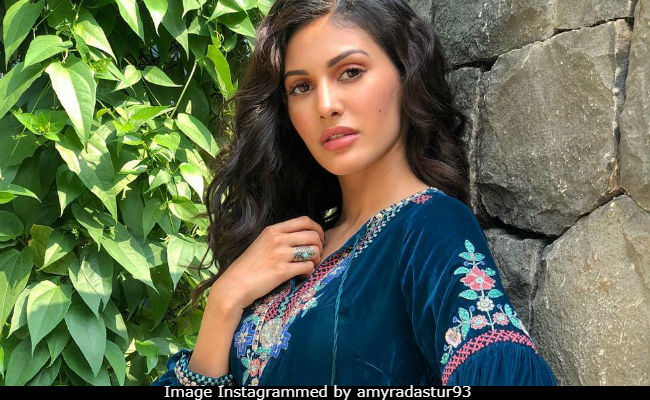 "I don't have the guts," said Amyra Dastur (courtesy amyradastur93)

With actress Tanushree Dutta opening the floodgates for the #MeToo movement in India, leading to several celebrated names coming out to speak about their unsavoury experiences, actress Amyra Dastur says she has been a victim of "harassment" at the hands of "men and women." However, she said she doesn't have the "guts to name" and shame them. Amyra made her acting debut in Bollywood with Issaq in 2013 and was later seen in Hindi films like Mr X, Kaalakaandi and Kung Fu Yoga, which was also dubbed in Mandarin and English. The 25-year-old actress has also featured in Tamil and Telugu movies like Anegan, Manasuku Nachindi and Raja Gadu.

Asked if she has experienced the practice of casting couch or harassment in her journey, Amyra told IANS in an e-mail interaction: "To be honest, I haven't faced casting couch in the south or Bollywood. But yes, I have faced my share of harassment in both industries. I don't have the guts to name them because they are powerful people - men and women who made sure I felt helpless."

She said one day she will "definitely call them out on it".

"But until I don't feel safe and secure, I won't point fingers. They know exactly who they are and what they have done. What I will say for now is that they better stop their discriminating ways because there's definitely a wave of change coming and their status won't be enough to protect them from Karma," she added.

Citing an incident, Amyra said: "I have had an actor squeeze himself up against me during a shot in a song and whisper in my ear that he was so glad that I was in the film with him. When I threw him off me and refused to speak to him again, he made my experience miserable."

"My director told me to suck it up and honestly couldn't care less. I was constantly called early to set, made to wait for hours and hours for my shot. I was made to shoot 18 hours a day. I slept for 4-5 hours if I was lucky."

The actress, who started her career at the age of 16 as a model, said ultimately she was made to apologise to the actor.

"To top it all, I was made to apologise to the actor for my difficult behaviour (as I kept ignoring him) by the producer," she said.

Amyra said that on another film set, the director would yell and scream at her every single day of the shoot.

"Sometimes he would call me early to set, make me wait all day in my vanity van and then send an assistant director after 12-13 hours to tell me I wasn't going to shoot. He told me I should be 'grateful' that he even took me for this film."

The #MeToo movement in India started after actress Tanushree Dutta in September recalled an allegedly unpleasant episode with veteran actor Nana Patekar from the sets of Horn 'OK' Pleassss in 2008.

The #MeToo movement began in Hollywood last year with The New York Times reporting multiple sexual assault allegations against Hollywood mogul Harvey Weinstein. It led to the opening of a Pandora's box of complaints against celebrated personalities like Bill Cosby, Morgan Freeman and Kevin Spacey.

Earlier this year, over 82 film personalities from Hollywood led a powerful women's march on the red carpet of Cannes International Film Festival.