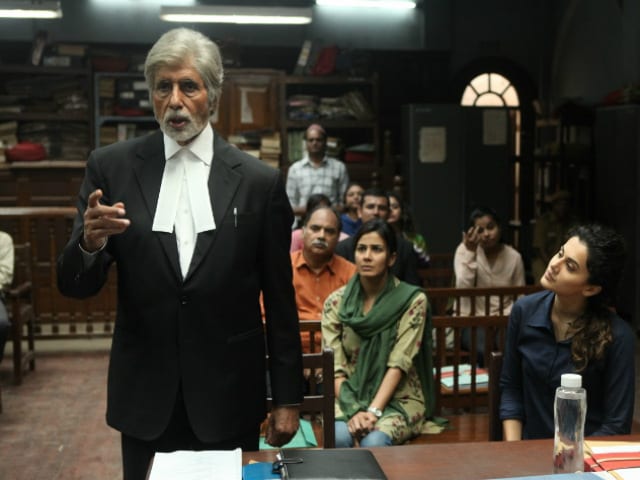 New Delhi: Amitabh Bachchan's new courtroom drama Pink is already a hit with his celebrity colleagues. Pink, an examination of the consequences of a sexual assault, has been screened several times for Bollywood and the industry is very impressed.

Amitabh Bachchan plays a lawyer opposite Taapsee Pannu, Kirti Kulhari and Andrea Tariang, who play flatmates. The three women file a sexual assault complaint against three men and in turn are accused by them of extortion and attempted murder.

The gritty film, and particularly Andrea's performance, has already received a massive vote of confidence from actress Kangana Ranaut. Earlier this week, Andrea received this message from Kangana: "I wish I wasn't so emotionally fragile and could say this in person but I loved your work - so honest and so natural. Congratulations and I feel this will be a big success, so be ready for it." Kangana watched the film last weekend. 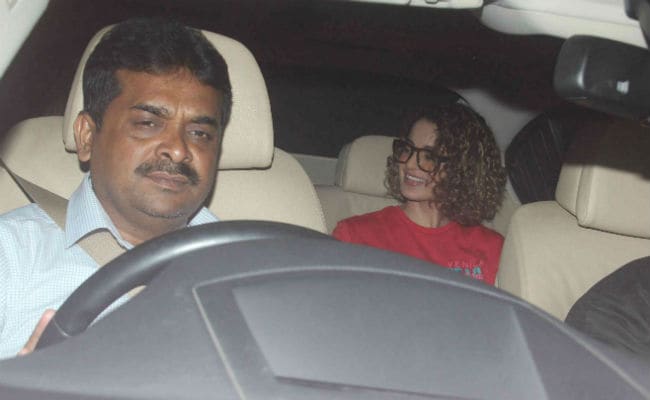 On Twitter, celebrities like Preity Zinta, Dia Mirza, Juhi Chawla, Richa Chadha, Abhishek Bachchan, Rana Daggubati, Kriti Sanon and Ayushmann Khurrana had only good things to say about the 'gem' of a movie.

Big B recently enjoyed a screening himself. He tweeted on Thursday:

T 2379 - At Delhi for promotions of #PINK .. and so lovely to meet up old colleagues and friends .. pic.twitter.com/xoDyyxnV2a

Wow Just saw PINK ! The most RELEVANT film of this year. 5 Stars to all in this film & 500 Stars to @SrBachchanpic.twitter.com/Kf0gPJrt9U

This is how Dia cheered with and for Team Pink:

Celebrating the fantastic team of #Pink! A socially relevant, entertaining and necessary film of our time.#MustWatchpic.twitter.com/5Ta8gvwA0z

This is Juhi after watching Pink:

Just watched PINK ...Many many Congratulations !! Shoojit , Amitji ,and all the young talented cast!! Compelling film !!Must watch for all!

Yo https://t.co/IWu6XgH4PB is an important film. Don't miss it. Amazing stuff by Vijay Verma,Jogi sir and everyone. @ShoojitSircar Congrats!

One of the most powerful films I've ever seen. #PINK

Just saw an outstanding and by far the most important film for this country!! #Pink

Happy bday dear mentor @shoojitsircar! May you give us a gem every year. Last year was Piku. This year it's #Pink. Whatta legendary journey

Just saw @TheFilmPink .All I will say is : Do not miss it. A gripping film with a wonderful message. #NoMeansNo#GenderJustice

Dilwale actress Kriti Sanon was 'glad' to have watched Pink:

So glad that films like #Pink r being made! Amazing performances, relevant content & so well paced. @ShoojitSircar@SrBachchan@taapsee

This is what Guahar Khan had to say:

@SrBachchan thanku,not just for inviting us to witness #pink but also for giving me the luck of getting lost in your powerful performance

Amit Sadh explained why Pink is a 'must watch':

Just saw one of the best and the most essential film of our time. #pink should be a must for everyone to watch! @TheFilmPink

Guess whose happy bday it is!! Our super duper maha talented, mega special @ShoojitSircar OMG! You are such a rockstar! I love you da #Pink

Just watched #PINK ! Stellar performances and direction! Hats off to the entire team. People, watch this one!!We need films like this!

Promoted
Listen to the latest songs, only on JioSaavn.com
Pink is Amitabh Bachchan's third collaboration with Shoojit Sircar after the unreleased Shoebite and the acclaimed Piku.