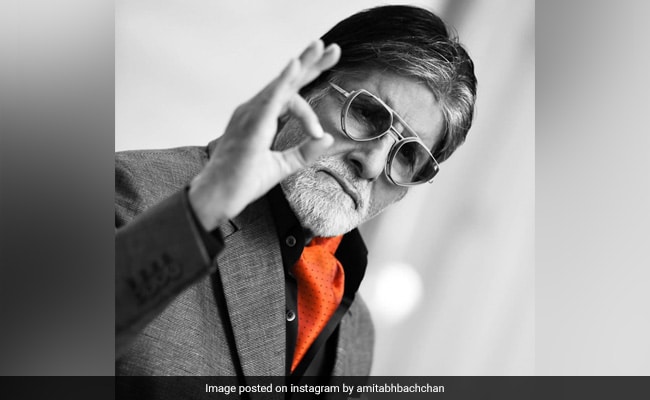 Just when we thought Amitabh Bachchan's social media posts couldn't get any better, the 77-year-old actor shared another ROFL post to his Instagram profile and it made us say just one word - LOL! In his post, the Badla actor talked about "chashme ka fashion" and how it helps in hiding one's flaws. Big B captioned the ROFL post: "Yaar ye chashmein ka fashion kisne banaya ... Hain? Par jo bhi banaya... Sahi banaya. Aankh ke chaaron taraf jo gadbad, yani age defect ho gaya hai na, wo chhip yani hide ho jaata hai." The post was flooded with a series of LOL emojis. Another section of the Internet praised Big B and wrote comments like "Sir, you are evergreen," and "Subah ke 3 baje sir aapke ye captions hume bataate hainhow relatable you are."

On Sunday, Big B shared a ROFL post on his Instagram. In his post, the actor stated that he was addressed as "Dude" by someone and his reaction was priceless. "Someone called out to me as Dude! So I looked it up. Dude, a slang between men, meaning guy or a man. In the 19th century, dude term was used for a dandy, well-groomed and fancily-dressed young man," wrote Big B. He signed off the post saying, "Rolling on the floor laughing. I'm laughing it out going berserk - dandy?"