Big B wrote on Instagram, "My application picture for a job in movies...1968" 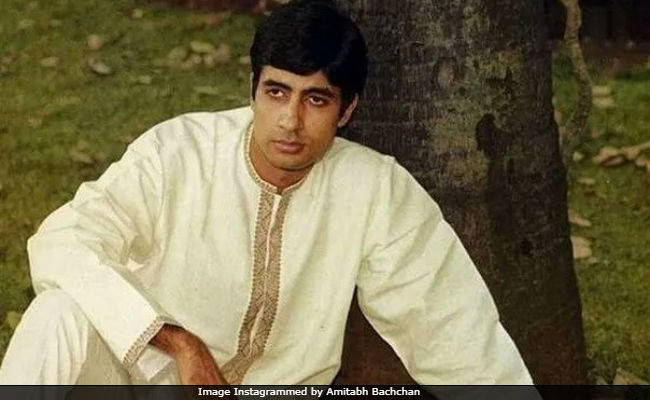 New Delhi: Even at the age of 76, Amitabh Bachchan's fan following, particularly on social media is soaring. One of the many reasons could be his witty posts. Like this recent one on Instagram, where the Piku star shared his 'application picture' from the late sixties, when he was looking out for a job in films. Big B captioned the post, "My application picture for a job in movies...1968...no wonder I was rejected!!" In the picture, Amitabh Bachchan can be seen sitting under a tree dressed in an off white slim-fit kurta pyjama. Within hours of posting it, the picture was liked over two lakh times and his young fans were smitten by his repartee. "Your rejected application was the first step of success" and "You are the real inspiration for youngsters," read two of the many comments.

Amitabh Bachchan made his debut in Bollywood with 1969 film Saat Hindustani. Back in his struggling days, Amitabh Bachchan was rejected many times simply because of his baritone. He even had to play a mute character in 1971 film Reshma Aur Shera. Over the years, his baritone turned out to be one of the most appealing things about him.

For those who may not know, Big B handles his own social media account and the reason why there's always a personal touch in all of his posts. Just like in this one post, where he shared one of the funniest job applications in response to news piece, which read, "Deepika, Kat too tall for Shahid, Aamir." His post read, "Job Application: Amitabh Bachchan DOB 11.10.1942...Age 76...49 year experience in films... approximately 200 films acted... speaks Hindi.. Height 6'2'' ...available... You shall never have height problem!!"

One of his recent blogs was about the possibility of losing the exclusive rights of his late father, Dr Harivansh Rai Bachchan's literary work because of the Copyright Act, 1957. The Piku star had expressed his anger over it.