Amitabh Bachchan Is 'Angry', Might Lose Rights To Father's Work. Here's Why 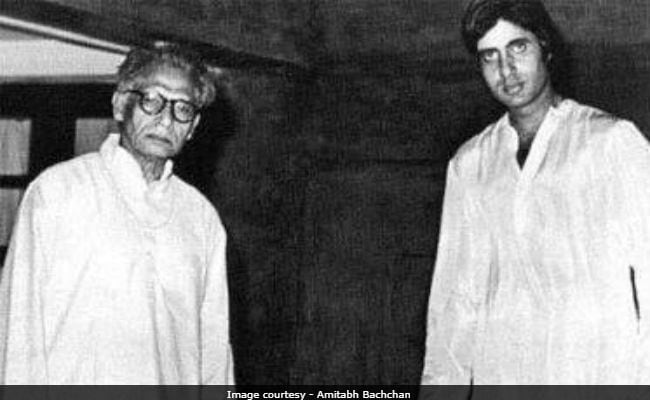 New Delhi: Megastar Amitabh Bachchan is 'angry' over the fact that he might legally lose the exclusive copyright to his late father Harivansh Rai Bachchan's famous literary work, 60 years after his death due to Copyright Act, 1957. The 'Term of Copyright in Posthumous Work' clause only allows the exclusive rights to heirs of original literary work for 60 years after the death of the author. Big B expressed the displeasure in his blog and wrote, "Written copyright and whatever else in the realm, lives 60 years after the passing with the elements of them that be rightful. Really? So, who designed 60 years? Why 60 why not 61, or why not perpetuity! Inheritors that come as natural heirs be natural right holders of creative copyright...right... but after 60 years it's natural inheritors, after the passing, the heirs become the public at large .. ehh ...?"

He called the copyright conditions 'rubbish' and questioned the individual who designed the 'intellectual legality.' He wrote, "Who did this intellectual legality, at what context. I believe it initiated in 1957 or so... and (I) am angered by its audacity. So, what gets left as natural heir by father Dr Harivansh Rai Bachchan, after his passing passed 60 years, belongs no longer to his domain or possessive copyright as willed...but becomes for the entire Universe to tread, scratch, mutilate, use in commercial consideration on their own creative discretion ??? Rubbish!"

Amitabh Bachchan used some strong words to vent out his anger and wrote,
"I oppose, disagree, lament, dispute, be in variance of, in vehement loud screams of voice. Ever. My inheritance be mine... His writings be his, his heir be me, his writings be mine... Mine. I shall not and will not allow its dilution to the general public. I bring my inherited aesthetics to its creativity... It may be the worst ever... But it is my copyright. Another after the passage of the time recorded will use and design and perform and monetise and make diversions to it at will. Because...it now belongs to the public ..???? Never Never Never...!!!!"

Promoted
Listen to the latest songs, only on JioSaavn.com
Big B concluded his blog saying that he will 'fight for it.' He wrote, "Why was not William 'Bill' Shakespeare made aware of copyright; why not Mr Beethoven or Messrs Chopin and Tchaikovsky, or closer home Gurudev Rabindra Nath Tagore 'Thakur'. Had they known or made to know, they may never have wished for any other, but their progeny of generations to come ... and because no record has been kept of such. There is a loss of opportunity for them that were rightful heirs of them.!! I fight for it."