Amitabh Bachchan Plus Aamir Khan Equals a Film Like No Other 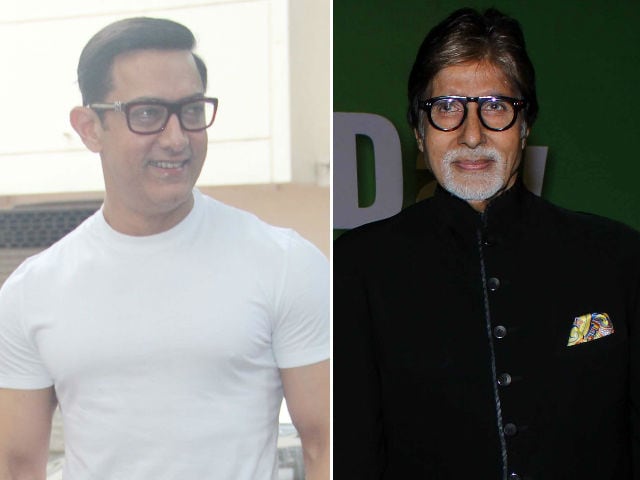 New Delhi: If rumours are to be believed, actors Amitabh Bachchan and Aamir Khan will team up for the first time ever in Yash Raj Films' next project, to be directed by Vijay Krishna Acharya. The film has reportedly been tentatively titled Thug.

Early reports suggested that the makers of Thug were in talks with Hrithik Roshan, who apparently turned the film down due to some reservations. Subsequently, it was speculated that Deepika Padukone and Nawazuddin Siddiqui were joining the cast. However, it seems that Big B and Aamir will co-star in the film.

In spite of their distinguished filmographies and string of admired performances, the two actors have never worked together before and now that their names being attached to the film, Thug is being touted as a bigger project than it would otherwise be. A source told mid-day.com, "The makers are known to keep each of their projects under wraps till it gets rolling. Everyone associated with the venture has been told to keep mum till an official announcement is made. It is an ambitious project, no doubt."

An official announcement of the casting is expected closer to when the shooting begins.

Thug is being described as an action-adventure, inspired by novelist Philip Meadows Taylor's 1839 book, Confessions of a Thug. Set in the pre-Independence era, it chronicles the widespread 'thug' culture of that time.