Amitabh Bachchan, The One And Only: No One On The Block Has Swagger Like Him

Amitabh Bachchan is dressed in a suit in the post 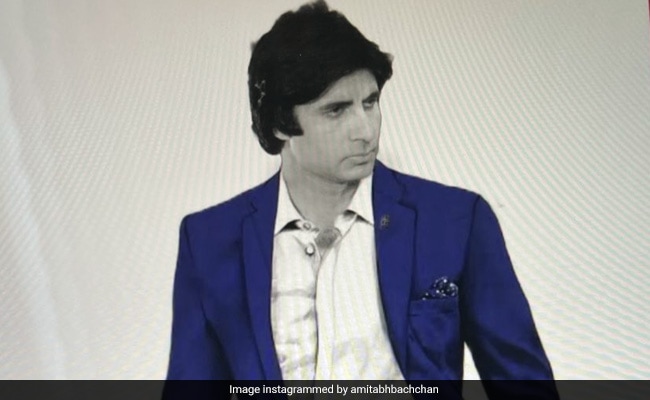 Amitabh Bachchan is a social media favourite and for all the right reasons. The actor often drops images of his work and family on Instagram. But it is his collection of throwback images that is a hit with his social media followers. This time the actor has shared a fanart image of himself from his younger days, in which he is exuding some serious swag. Dressed in a suit, Amitabh Bachchan looks dapper as always. Sharing the photo of the fanart, Amitabh Bachchan wrote, “Jo beet gayee so baat gayee (Whatever has passed has passed).”

Early in November, the actor had shared stills from his first film, Saath Hindustani. The anniversary of the film also marked 52 years since the actor made his debut in cinema. Sharing the images, Amitabh Bachchan wrote, “T 4089 -  On 15th Feb 1969 signed my first film Saat Hindustani and it released on 7 November 1969… 52 Years…TODAY!”

The first of the two images shows Amitabh Bachchan as a young man with a solemn expression on his face. In the second shot, he is seen in what appears to be a still from the film alongside the stellar cast. Veteran performers Madhu, Utpal Dutt, and Jalal Agha are among those included in the shot.

Amitabh Bachchan uploaded a photo of himself with his wife Jaya Bachchan, son Abhishek Bachchan, and daughter Shweta Bachchan on the festival of Diwali. He also uploaded a vintage throwback photo showing the four sitting in nearly identical poses decades ago. While Shweta Bachchan sits on Amitabh Bachchan's lap in the throwback shot, Abhishek Bachchan is held in Jaya Bachchan's arms. "Some image sitting positioning never change, even through time," Big B commented.

Amitabh Bachchan is the son of Harivansh Rai Bachchan, the prominent Hindi poet, and Teji Bachchan, a social activist. Zanjeer, Deewaar, Sholay, Abhimaan, Namak Haraam, Black, and Paa are among his five-decade-long career's most renowned films. His next projects include Jhund, Brahmstra, Mayday, Good Bye, and Uunchai. He was last seen in Chehre.