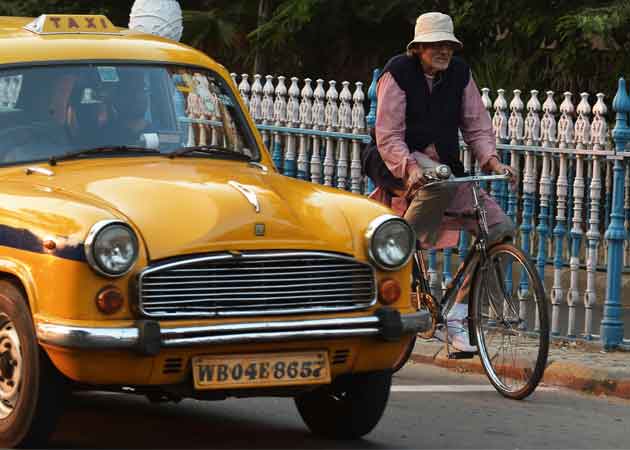 Big B was shooting for his upcoming film Piku

A nostalgic Amitabh Bachchan on Sunday relished "too many memories" of Kolkata as he pedalled on a bicycle through the city's nerve centre BBD Bagh that houses numerous heritage structures and the Writers Buildings - the regular seat of the West Bengal government. The Bollywood superstar arrived in the city on Sunday morning to shoot for Vicky Donor director Shoojit Sircar's upcoming film Piku, in which he plays a father to starlet Deepika Padukone.

T 1663 - And always ever grateful to the Kolkatans for their passionate love and affection .. you inspire us and fill us with confidence !!

Mr Bachchan had migrated to the eastern metropolis in search of a future and a job in the early 1960s and survived on a salary of Rs 500 by working for a private company. Later, he switched to Mumbai to make it big in the silver screen. He cycled in the afternoon as part of the shooting for the film, which is scheduled to hit the screens on April 30, 2015. A large number of spectators gathered in the area as the megastar cycled a short distance at Red Cross Place.