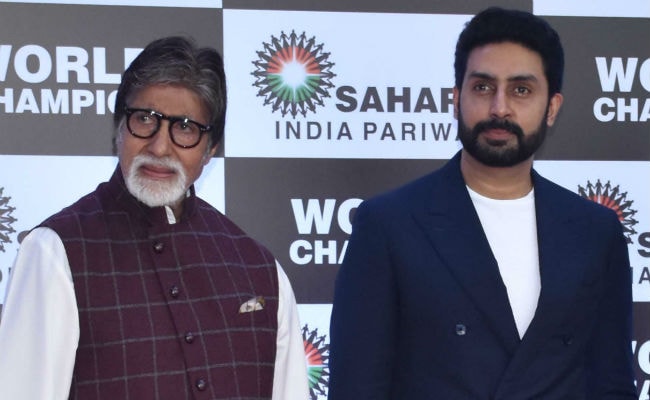 Ace shuttler PV Sindhu was felicitated at a ceremony in Mumbai for her recent victory at 2019 BWF World Championship, which was attended by a host of Bollywood celebrities including Amitabh Bachchan and his son Abhishek, Suresh Oberoi and his son Vivek, Jeetendra, Raai Laxmi, Raveena Tandon and Bhumika Chawla. PV Sindhu looked nice in an embellished outfit as she mingled with Bollywood celebrities, who turned up to cheer for her. Amitabh Bachchan and Abhishek lead the celeb roll call. They were joined by Subrata Roy's son Seemanto for the photo-ops. 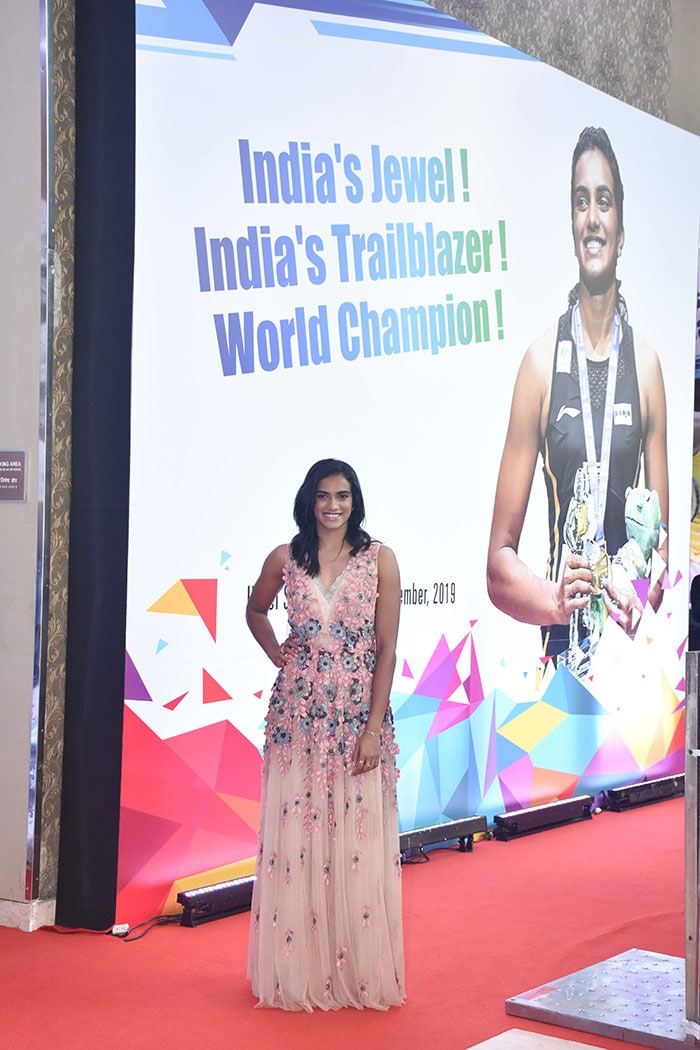 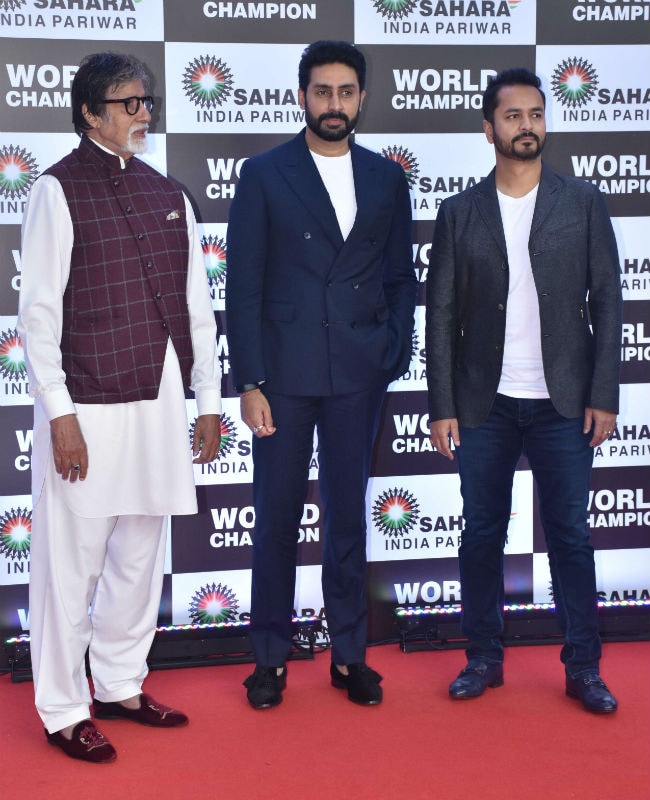 Here are pictures of the Bachchans and the Oberois at the event: 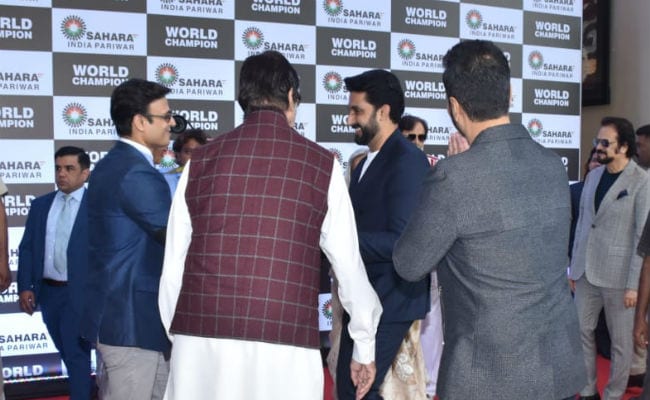 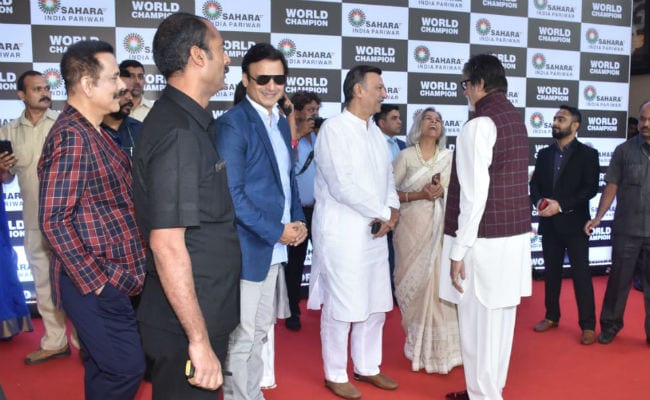 Amitabh Bachchan and Suresh Oberoi at the event. 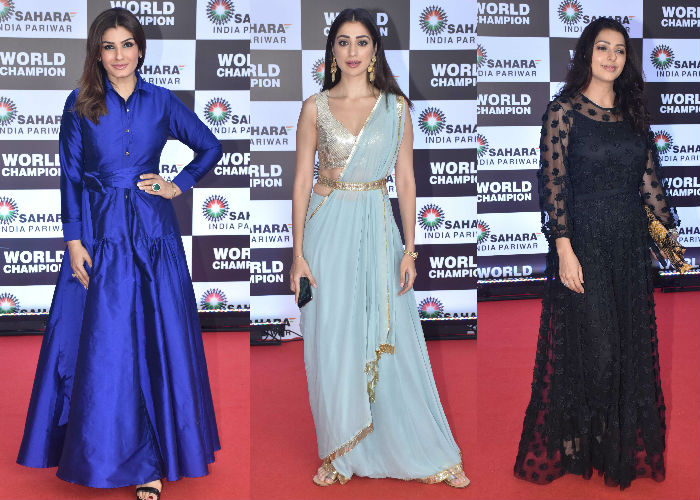 We also spotted actor Jeetendra arriving for the ceremony with his grandson Laksshya - son of Tusshar Kapoor. Laksshya appeared to be slightly bothered by the photographers' incessant clicking but he managed to strike a pose identical to his grandfather. 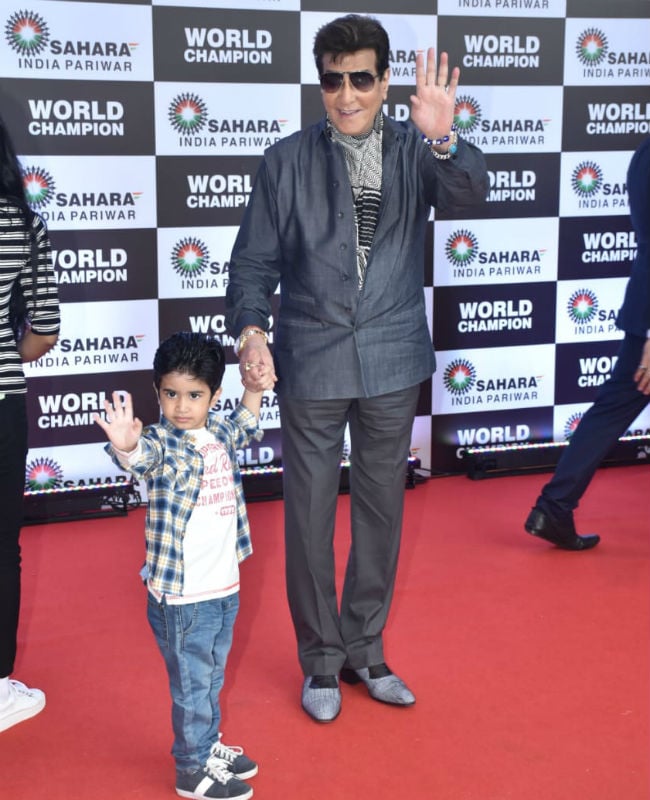 Sanjay Khan, Raj Babbar and his wife Nadira, Anup Soni and his wife Juhi Babbar, filmmaker Ramesh Sippy and his actress wife Kiran Juneja were among the other attendees.