"From being a roommate to my maid of honour... we have been through so many ups and downs," wrote Priyanka Chopra 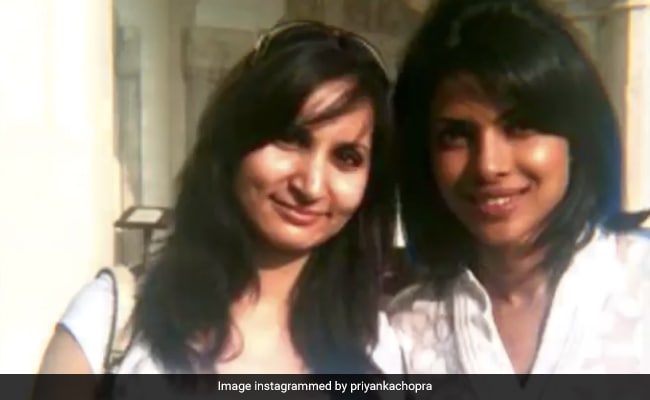 Priyanka Chopra's latest entry is a special birthday post for her BFF Tamanna Dutt. The actress, who is currently in Europe (going by her Instagram story), is unable to celebrate Tamanna's birthday together this year but she made sure to make the day special for her former roommate and her maid of honour by sharing a beautiful video collage. The clip also features some throwback pictures of the besties. "From being a roommate to my maid of honour... we have been through so many ups and downs... but always together," wrote Priyanka Chopra and added: "I miss celebrating you with you this year but please know you are very loved. Happy birthday, Tam!"

Take a look at Priyanka Chopra's birthday post for her BFF here:

From being a roommate to my maid of honour.. we have been through so many ups and downs.. but always together. I miss celebrating you with you this year but pls know you are very loved. Happy birthday Tam! @tam2cul

We often get glimpse of Priyanka Chopra and Tamanna Dutt's get-togethers on the actress' feed. Back in March, Tamanna accompanied Priyanka, her husband and singer Nick Jonas and her mom Madhu Chopra on their little trip to Pune. Here's the photo from the getaway:

On Holi this year, Tamanna Dutt was also a part of Nick and Priyanka Chopra's family photoshoot. Check out the pictures here:

In terms of work, Priyanka Chopra recently released her memoir titled Unfinished. She was last seen in Hindi film The Sky Is Pink, co-starring Farhan Akhtar, Zaira Wasim and Rohit Saraf. Priyanka Chopra has Netflix's superhero film We Can Be Heroes and a film with actress-comedian Mindy Kaling lined-up. She will also be seen in Netflix film The White Tiger and Amazon's series titled Citadel. Recently, the actress joined the voice cast of HBO Max's upcoming series A World Of Calm.