All The Action From Inside Rani Mukerji's Daughter Adira's Party

It appears Shilpa Shetty, Rani and Arpita went slightly bonkers at the ice cream counter inside the party 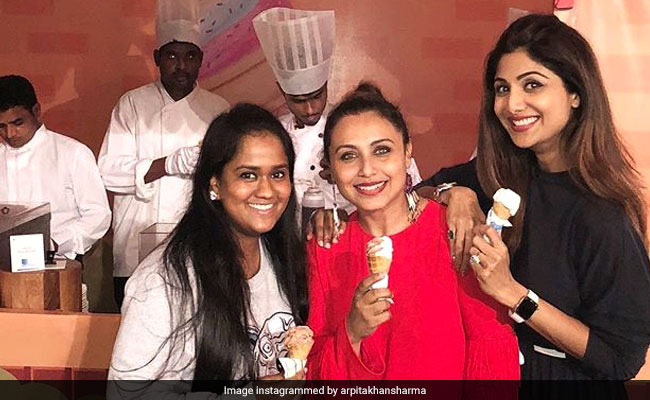 Arpita Instagrammed this inside pic from the party (courtesy arpitakhansharma)

New Delhi: It was baby Adira's birthday recently, which meant a fairy-tale birthday party at the Yash Raj Studio grounds. It appears, this was not just for the little Bollywood star kids but also for their parents. Host Rani Mukerji was particularly spotted having great with fun with each of the guests and she features in viral-worthy photos and selfies from the party. For example, the one posted by Salman Khan's sister Arpita Khan Sharma - it appears Shilpa Shetty, Rani and Arpita went slightly bonkers at the ice cream counter inside the party. "It was so nice catching up with Rani and Shilpa yesterday," Instagrammed Arpita. Adira, daughter of Rani and Yash Raj boss Aditya Chopra, turned two on December 9.

It was so nice catching up with Rani & @theshilpashetty yesterday

In other photos, there were glimpses of the impressive line-up of guests at Adira's party. Kapoor sisters Karisma and Kareena Kapoor brought along Taimur while Karan Johar came with his children - Roohi and Yash. Katrina Kaif, Sridevi and her younger daughter Khushi and Rekha - all were there. Shilpa Shetty, who's Instagram reveals she and her son Viaan had plenty of fun at the party, summed up the feel of the birthday bash like this: "Adira's birthday party was like the premier of a magnum opus. Ha ha Well done, Rani. Happiest birthday to your doll."

#AdirasBirthdayparty was like the premier of a magnum opus..Ha ha Well done #Rani happiest birthday to your doll..#gettogether #friends #fun #celebration #picoftheseason

This is how the babies' corner looked like - presenting Taimur, Roohi and Yash.

Katrina Kaif, who will next be seen in Salman Khan's Tiger Zinda Hai, was particularly amused because... We'll just let you see her post.

Promoted
Listen to the latest songs, only on JioSaavn.com
Shah Rukh Khan and AbRam, Alia Bhatt, Jacqueline Fernandez, Shweta Bachchan, Tusshar Kapoor and his son Lakkshya were photographed being driven in to the venue. 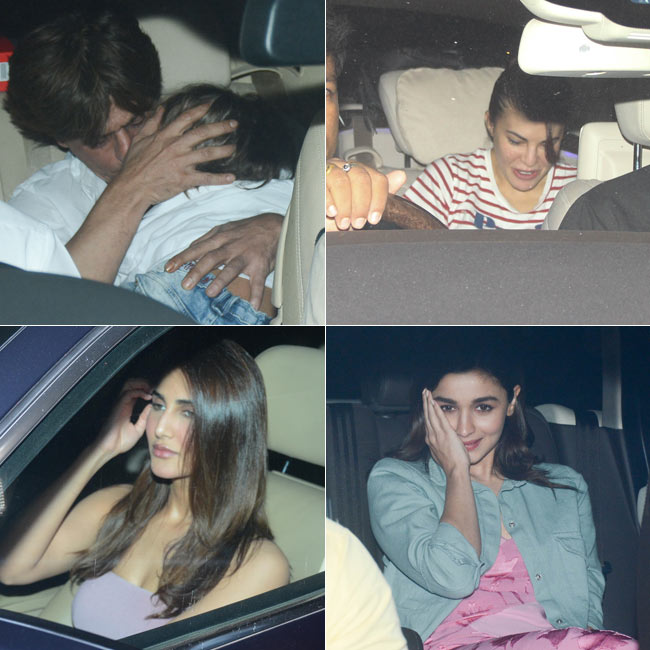 Rani Mukerji and Aditya Chopra married in 2014 and they welcomed Adira, their first child, the following year. Adira is one of those star kids who has strictly been kept away from the media glare since she was born.