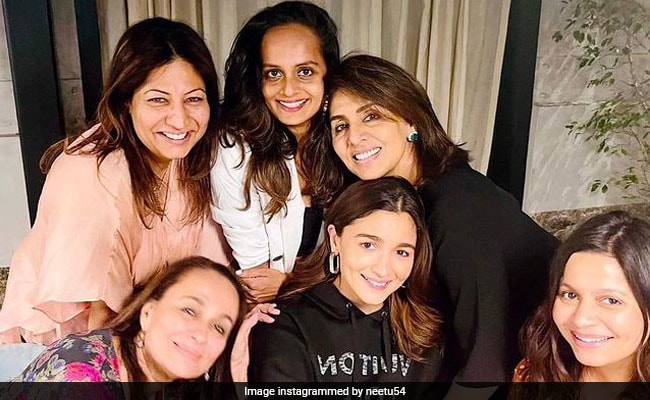 Alia Bhatt, on her 28th birthday, had a blast. However, between hanging out with friends and replying to birthday messages on social media, Alia sliced out time for some lazing around on her birthday, glimpses of which have been shared by her sister Shaheen Bhatt and best friend Akansha Ranjan Kapoor. Sharing a photo of the birthday girl in pink pyjamas, Shaheen wrote on her Instagram story: "Rocking birthday celebrations featuring Alia Bhatt." She can be seen chilling on a couch with a smile on her face, a mood best described by Akansha, who wrote: "To lazing by each other's side, forever and ever." Re-sharing the photo on her Instagram story, Alia made this confession: "Best day." 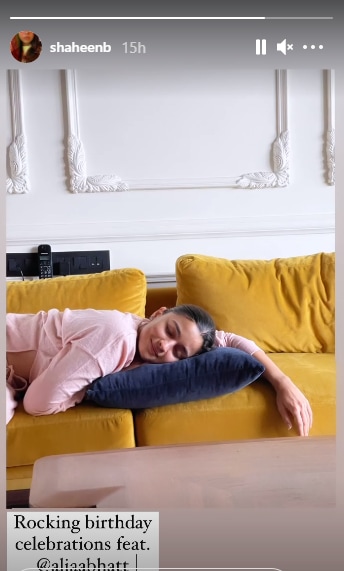 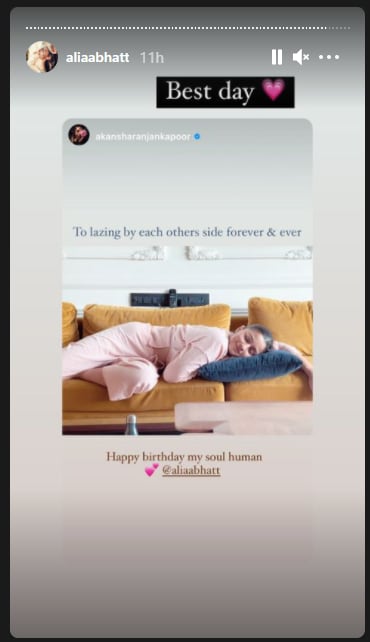 A day before Alia Bhatt's birthday, filmmaker Karan Johar hosted a star-studded party for the Student Of The Year actress. Alia partied with the likes of Deepika Padukone, Ranveer Singh, Arjun Kapoor, Malaika Arora, Ayan Mukerji, Aditya Roy Kapur and also Shah Rukh Khan's son Aryan Khan. Sharing a photo from the party, Alia dedicated this message to those who made her day special: "Tthank you.. for it all.. the love and the light."

In terms of work, Alia Bhatt has an impressive line-up of films ahead. She will share the screen with Ranbir Kapoor in Ayan Mukerji's fantasy film Brahmastra. Alia has been cast as Sita in SS Rajamouli's much talked about historic movie RRR, which is headlined by Ram Charan and Jr NTR. Meanwhile, Gangubai Kathiawadi marks Alia Bhatt's first collaboration with Sanjay Leela Bhansali. The film has booked July 30 as the release date, when it will clash with Prabhas' Radhe Shyam.