Alia Bhatt has an Instagram bio for Ranbir Kapoor 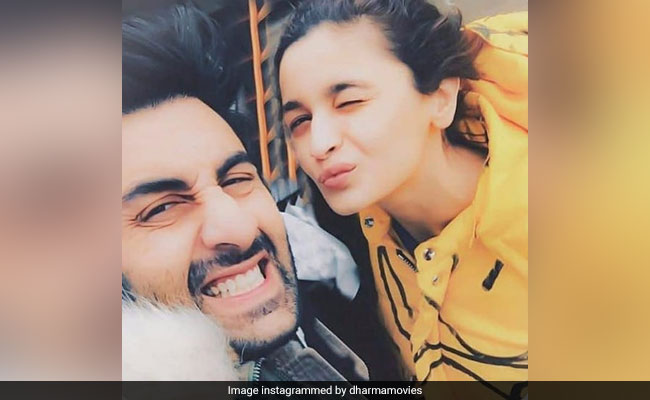 Ranbir Kapoor, ab toh Instagram pe aa jao, now that Alia Bhatt brain wracked her way to a perfect Instagram bio for her actor boyfriend in a recent interview for Filmfare. On a recent episode of Getting Chatty With Katty, Alia Bhatt and Varun Dhawan were asked to suggest Instagram descriptions for their colleagues and Ranbir Kapoor's name was the first option given to them. "Aap boliye nah... unke baare mein jo bolna hai boliye," Varun teased Alia when she claimed: "It's difficult ya!" before finally coming up with: " nadaan parinda." Alia's suggestion appears to be an inspiration from Ranbir's Rockstar song "Nadaan Parindey." Ranbir Kapoor is yet to make an official entry on Instagram but he is rumoured to have a secret Instagram profile for tracking updates.

Meanwhile, Alia and Varun also came up with fun Instagram bios for Shah Rukh Khan (King), Ranveer Singh (Baba), Arjun Kapoor (Know how) and so on and so forth. Alia and Varun were on the show to promote their upcoming film Kalank.

Ranbir Kapoor may not be on Instagram but he makes up for his absence with the photomarked posts on Alia Bhatt's profile. The Internet went into a frenzy of sorts last year after Alia posted a slew of pictures from Bulgaria with the signature "RK", which was soon identified as Ranbir Kapoor. Even Neetu Kapoor appreciated Ranbir's photography skills.

the view and her too.. photo credit - RK

Alia Bhatt and Ranbir Kapoor will co-star for the first time in Ayan Mukerji's Brahmastra, which is set to release end of this year. Alia Bhatt's Kalank releases on April 17.