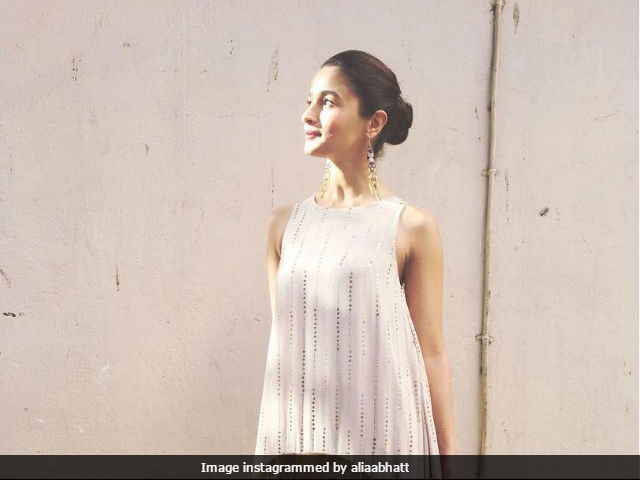 New Delhi: Alia Bhatt, who is enjoying the success of her recent film Badrinath Ki Dulhania co-starring Varun Dhawan, celebrates her 24th birthday today. Several celebrities wished the Udta Punjab actress on social media. Filmmaker and Alia's father, Mahesh Bhatt posted a nostalgic photograph on her birthday, captioned: "Happy birthday princess. You are my masterpiece(sic)." In the picture, the 68-year-old director can be seen cuddling Alia when she was a little girl. The picture was retweeted by the veteran actress Shabana Azmi, she wrote: "One meethaas ki pudiya." Karan Johar also posted a picture with the actress on social media, captioned: "Shine on my sweetheart!!!! Happy birthday @aliaa08 ....your siblings are waiting to see you!!! Love you(sic)." The 44-year-old filmmaker had launched Alia Bhatt in the Bollywood with his 2012 film Student Of The Year.

Check out the picture tweeted by Mahesh Bhatt and Karan Johar:

Happy birthday princess !!! You are my masterpiece pic.twitter.com/o7RTkSqGMk

Shine on my sweetheart!!!! Happy birthday @aliaa08 ....your siblings are waiting to see you!!! Love you.... pic.twitter.com/KiJyWQEAuG

Alia Bhatt's mother Soni Razdan also wished her on Twitter. She wrote: "24 yrs ago you came into the world and made the sun shine brighter. @aliaa08 Happy Birthday darling my sun shines because of you."

24 yrs ago you came into the world and made the sun shine brighter. @aliaa08 Happy Birthday darling my sun shines because of you

Check out their tweets here:

Happy happy birthday my dearest @aliaa08 have an amazing year full of love and happiness.

God bless you always.. it's always in the "why".. Chadhdi Kala @aliaa08

Happy Birthday Dear @aliaa08 ... have a tremendous one & Congratulations on the super success of BKD. Big hug pic.twitter.com/0ZA6LVEL0a

Heres wishing the immensely talented @aliaa08 a very happy birthday! Vaidehi was fantastic in #BKD ! Have a superb year and stay blessed!

You amaze me every time I watch you on screen. More power to you Rockstar.
Have a super birthday!!
@aliaa08 .

You are phenomenal @aliaa08! Love and respect you. May you continue to break the norm and create a delicious storm. Happy birthday

Happy Birthday Ananya Swaminathan or @aliaa08! Thanks for your invaluable contribution in #2states! May there be many more! pic.twitter.com/BxZ6TiJxt8

Alia Bhatt will next be seen in Ayan Mukerji's Dragon opposite Ranbir Kapoor. She will also feature in Zoya Akhtar's Gully Boy along with Ranveer Singh.