Alia Bhatt Sums Up Her Sunday Mood With This Pic

"Looking so amazing, my favourite," commented a fan on Alia's post 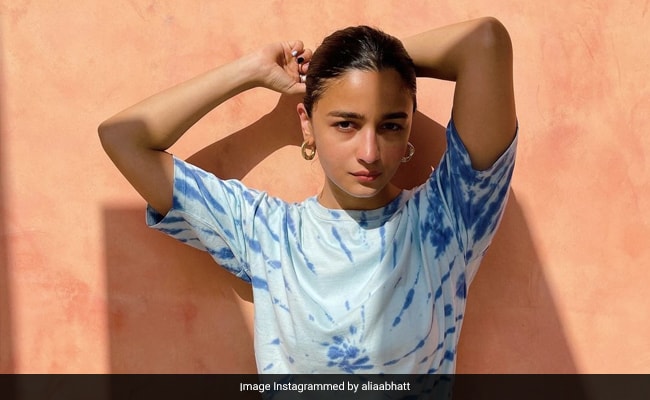 Alia Bhatt, who is currently busy filming Brahmastra and RRR, treated her fans to a stunning picture of herself on Sunday. The actress summed up her weekend mood with her latest post. In the photo, Alia Bhatt can be seen sporting a blue top and denim shorts and posing against an orange wall for the camera. In the caption, she wrote: "Fruity" with a watermelon emoji. Needless to say, Alia's fans loved her flawless skin in the picture. "You are so beautiful," commented one of the users while another wrote: "Looking so amazing, my favourite." Check out the actress' post here:

On popular demand last week, Alia Bhatt posted two pictures of herself with her boyfriend, actor Ranbir Kapoor, and director Ayan Mukerji from the sets of their film Brahmastra. "It's a blessing to be on this journey...And these magical boys just make everything," she wrote with a couple of fire and heart icons. Take a look:

Alia Bhatt made her debut in Bollywood with the 2012 film Student Of The Year. She went on to feature in films like Highway, 2 States, Humpty Sharma Ki Dulhania, Shaandaar, Kapoor & Sons, Udta Punjab, Dear Zindagi, Raazi and Gully Boy.

She was last seen in Sadak 2.