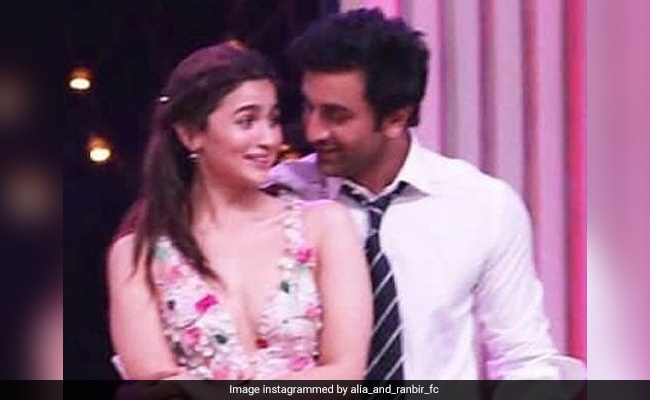 Alia Bhatt and Ranbir Kapoor, reportedly set to get married on April 17, are top of the trends list almost every day because of reports about the wedding. In today's update, the reported guest list for their wedding reception has been revealed and it contains some no-brainer names. A source close to the star couple told India Today that Alia's Dear Zindagi co-star Shah Rukh Khan and Deepika Padukone (Ranbir's ex and his co-star of three films) are on the guest list as is Karan Johar, who launched Alia in Bollywood. Ranbir's best friend Ayan Mukerji, who directs the couple in upcoming film Brahmastra, is naturally invited as well.

Yesterday, India Today reported that Ayan Mukerji and Aditya Roy Kapur would be at Ranbir's bachelor party as well - all three worked together on Yeh Jawani Hai Deewani, which also starred Deepika Padukone. Deepika and Ranbir, who dated several years ago, are very good friends and party together. Deepika and husband Ranveer Singh joined Ranbir and Alia Bhatt and their families on holiday in Ranthambhore last year. Deepika was also Alia's plus one at the premiere of her film Gangubai Kathiawadi.

Alia Bhatt and Ranbir Kapoor's wedding festivities will reportedly begin on April 13 and the wedding is reportedly scheduled for April 17. In an interview with NDTV recently, Ranbir Kapoor said this about his wedding plans with Alia: "I won't give out a date during a media interaction. But Alia and I have all the intentions of getting married soon, so yes, hopefully soon."

Alia Bhatt and Ranbir Kapoor's love story began on the sets of Ayan Mukerji's Brahmastra, their first project together. The stars made their first public appearance together at Sonam Kapoor and Anand Ahuja's wedding reception in Mumbai in 2018.