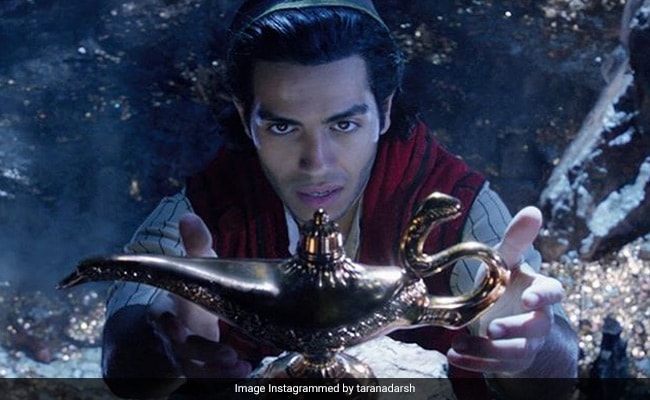 Actor Will Smith has been cast as Ginie while Mena Massoud plays the titular hero and Naomi Scott plays the role of Princess Jasmine of Agrabah.

Here are the opening day box office reports of India's Most Wanted and PM Narendra Modi.

Aladdin is the fictional story of the title character, a young street urchin, who falls in love with Princess Jasmine of Agrabah. He is recruited by Jafar, the evil Royal Vazir of Agrabah, to collect a magic lamp from the cave of wonders. However, before Jafar, Aladdin, who learns that Jafar manipulated him to get to the lamp, rubs the lamp to release the Genie, who ends up becoming Aladdin's best friend. Aladdin ends up defeating Jafar, who in his greed to become to most powerful sorcerer, becomes a genie enslaved in a lamp.

Disney film Aladdin was followed by The Return Of Jafar and then Aladdin And The King Of Thieves.