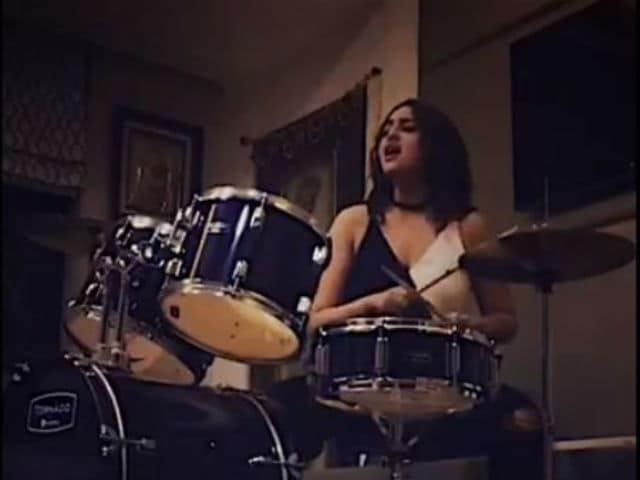 A still from the video posted by Sonakshi Sinha

The 29-year-old actress performed a rock version of Rustom's Tere Sang Yaara song, originally sung by Atif Aslam, and played the drums too. She posted the video on Twitter on Friday.

Now that was quite a rocking message Sona, literally Only #7DaysToRustom, are you'll ready? https://t.co/f7XcnQQ52k

On Thurday, Karan tweeted this video and declared that he can pout better than Ranveer Singh and Akshay Kumar. We agree.

Akshay was visibly impressed from Ranveer's performance as we tweeted:

Ranveer had also Instagrammed this throwback picture with Akshay. Can you imagine that kid grew up to become Ranveer Singh?

PRICELESS #Throwback !!! My Fanboy moment with the One & Only @akshaykumar ! #9DaysToRustom (Watch this space!)

Salman was the first to urge his fans to watch Rustom. He tweeted this video on August 2.

Rustom has Akshay Kumar playing Naval commander Rustom Pavri, a fictionalised version of K M Nanavati who was tried and acquitted for the murder of his wife's lover, leading to the scrapping of India's jury system.