Kesari, starring Akshay Kumar and Parineeti Chopra, is based on the Battle of Saragarhi of 1897 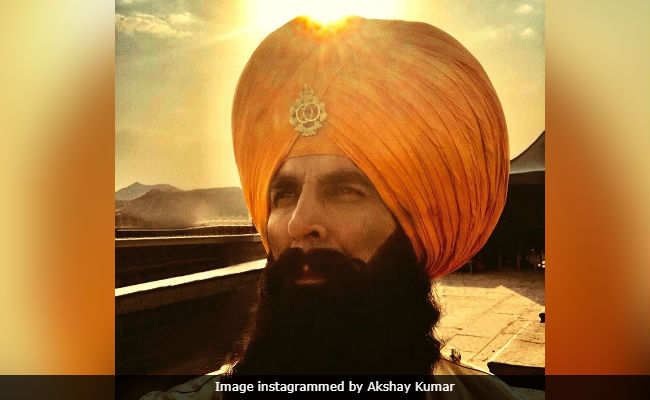 New Delhi: A fire on the sets of Kesari, starring Akshay Kumar and Parineeti Chopra, destroyed the complete set just 10 days before the film's completion, a source told news agency IANS. The source said that the team was filming a war scene (Kesari is based on the Battle of Saragarhi of 1897) before the fire broke out. "They were shooting a crucial war scene when everyone heard a blast sound, which triggered the fire. The mishap occurred just 10 days before the team was about to wrap the film's schedule after shooting the climax. The explosion was a massive one, but not a single person from the crew was injured," the source was quoted as saying. Akshay Kumar had left for the day when the fire broke out.

The said set was erected in Wai, 200 km away from Mumbai. The IANS report stated that what caused the fire remains unknown and the filmmakers have not revealed the 'quantum of loss incurred.'

Akshay Kumar is co-producing Kesari with Karan Johar's Dharma Productions. The film is directed by Anurag Singh. Anurag has directed several Punjabi films including the Jatt & Juliet series, starring Diljit Dosanjh. It is not known yet what the makers will do now that the set has been destroyed, reports IANS.

Promoted
Listen to the latest songs, only on JioSaavn.com
Kesari is slated for Holi release next year. It also stars Siddhant Sharma, Ashwath Bhatt, Pawan Malhotra and Rana Ranbir.