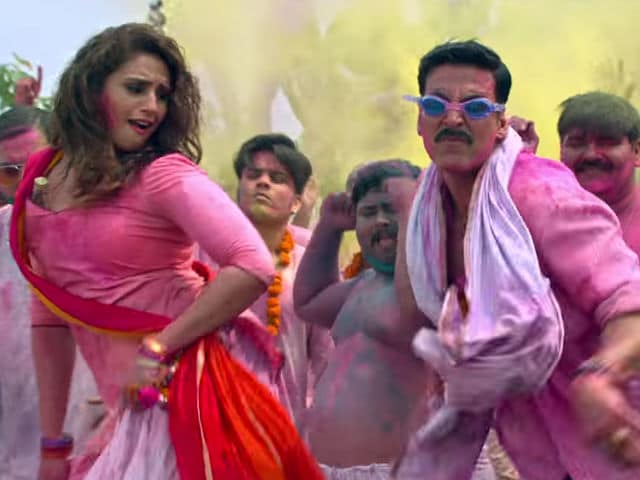 Go Pagal is picturized on Akshay Kumar and Huma Qureshi

New Delhi: Actor Akshay Kumar's new song from upcoming film Jolly LLB 2 ensured that the Internet is Pagal about it. The song titled Go Pagal will be the Holi anthem for 2017, agreed; but before that it has become one of the top trends. Go Pagal released on January 4 and has managed a little less than 2 million views on YouTube. "King Of Swag Dance Moves" Govinda, who is new to Twitter-verse, also gave an appreciative nod to the song. Go Pagal features Akshay and Huma Qurshi on the streets of a city playing Holi in the most colourful way possible.

@akshaykumar@humasqureshi@TSeries#GoPagal can actually be called the Holi song of the year! It is absolutely delightful!

When the king of swag dance moves approves Thank you https://t.co/TIkmyYgOzF


Here are some other reactions:

#JollyLLB2 trailer is indeed fascinating. @akshaykumar sir @humasqureshi@subkapoor sir can't wait to #GoPagal with you all.

In Jolly LLB 2 Akshay Kumar replaced actor Arshad Warsi as the lead actor from the first film which released in 2013. Akshay, 49, plays a small time lawyer looking for fame. His life turned upside down after he wins a case but realizes it was a mistake and he then sets out to make amends.

Promoted
Listen to the latest songs, only on JioSaavn.com
Watch the trailer of Akshay Kumar's Jolly LLB 2