And, the birthday girl didn't miss this special birthday note 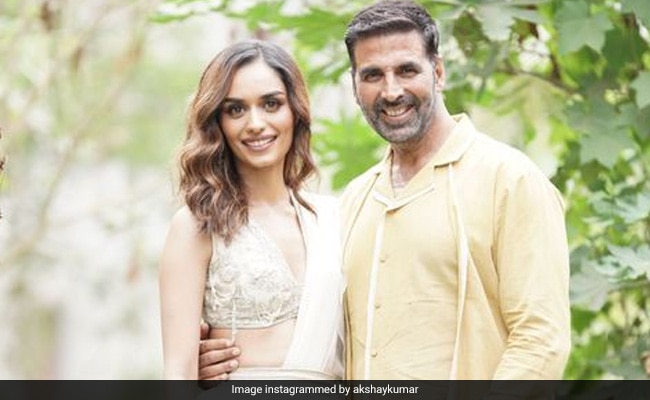 Manushi Chhillar has remained rent-free in our hearts ever since she won the Miss World 2017 pageant. We have known Manushi for her outstanding modelling gigs but there's a lot more to her. Her debut film Prithviraj will be released in June and we can't wait for it without being impatient. Perhaps, Manushi too can't wait for the film's theatrical release. That's what we can gauge from her co-star Akshay Kumar's birthday note for Manushi. Yes, it is Manushi's birthday today. And, Akshay Kumar has left a super adorable message for her. The actor has posted a photo where he is wearing a beige kurta while Manushi is dressed in a gorgeous white saree. The actor wrote, “I know the wait for your debut has been a long one, but you managed it just like a princess with utmost poise and dignity. Now, it's almost time… Happy birthday, Manushi Chhillar, wishing you all the happiness in life.”

And, the birthday girl, Manushi Chhillar, didn't miss this special birthday note. "Thank you, sir. Couldn't have asked for a better costar. You inspire all of us," read her comment.

Here's the trailer of Prithviraj as posted by Manushi Chhillar on her Instagram page. The film is being produced under the YRF banner. It will release in three languages: Hindi, Tamil and Telugu. The caption referred to the film as "Ek Samrat aur ek Rajkumari ki amar prem katha [the evergreen love story of a King and a Princess].” The film is based on medieval poet Chand Bardai's epic poem Prithviraj Raso.

An “overjoyed” Manushi Chhillar has also thanked her fans for the terrific response to the trailer. She wrote, “Overjoyed and thankful for all the love Prithviraj Trailer is receiving. At theatres on 3rd June.”