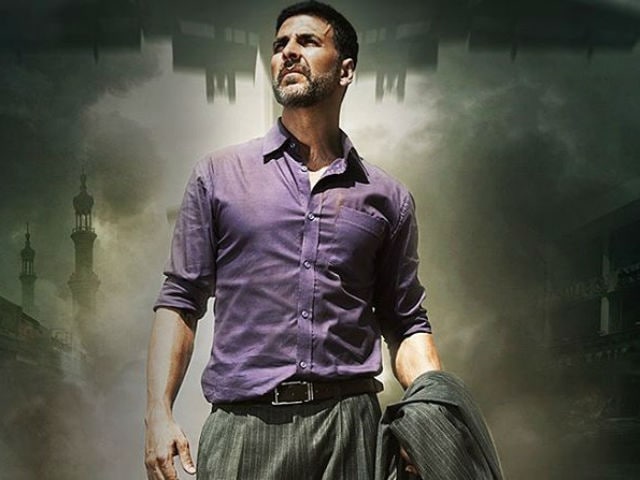 New Delhi: Actor Akshay Kumar, star of this week's release Jolly LLB 2, told news agency PTI that he hasn't won a Filmfare Best Actor award in his 25-year career because he 'maybe doesn't deserve it.' Akshay, 49, was overlooked for a Best Actor nomination at the Filmfare Awards this year despite well-received performances in his 2016 movies Airlift and Rustom. He's been nominated for a Filmfare Award 11 times since 1995 - four of these were in the Best Actor category. His only two wins, however, were for Best Villain in 2002 for Ajnabee and Best Comedian in 2006 for Garam Masala. "It's been years and years I've been in the industry. I have never got it but it's ok. May be I don't deserve it," Akshay told PTI, insisting, "No, I don't deserve it that is why I don't get it."

The omission of Akshay Kumar from the Filmfare Awards last month prompted furious tweets from the actor's fans, who especially objected to Salman Khan's nomination for Sultan. The award was eventually won by Aamir Khan for his performance in Dangal, which redeemed Filmfare's dented credibility somewhat.

Akshay's recent body of work has balanced entertainers like Housefull 3 with more serious cinema, like Baby. "Sometimes it's deliberate that I work in the movies which has social message or based on realism but the most amazing part is that I'm offered such stories. Me and my team hear over two or three scripts every day. It's not easy. But yes, I like it when I get a social message kind of a film or a realism film, it appeals to me, so I do it," he told PTI.

Jolly LLB 2, which stars Akshay Kumar as maverick lawyer Jolly Mishra, satirizes India's legal system and will release minus four scenes that were ordered deleted by the Bombay High Court. The scenes, accused of making fun of lawyers, were cleared by the Censor Board. Asked, Akshay Kumar said he respects the court's decision but that he doesn't hold with those who use the legal system to try and stall a film days before its scheduled to release. "There are so many people who file cases just four days before the film gets released when the producer is vulnerable and soft. But court always understands and does justice," he told PTI.