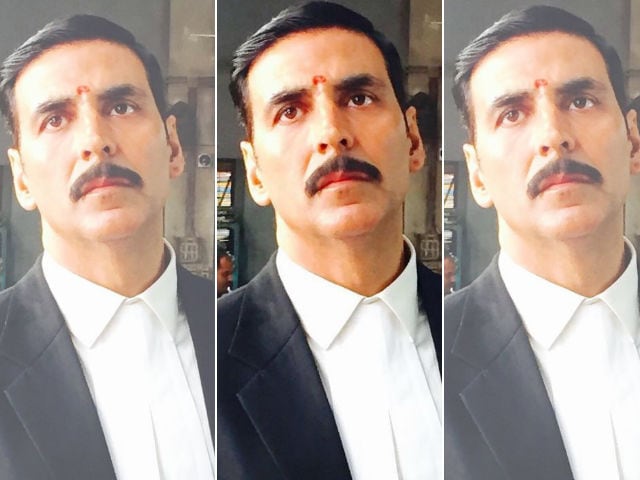 This image was posted on Twitter by Akshay Kumar

New Delhi: Actor Akshay Kumar tweeted a picture from the sets of his upcoming film Jolly LLB 2 in which he sports an arm-brace. The Rustom actor is in Lucknow and will wrap the schedule there today. As Akshay says, he leaves the city with a "heavy heart:"

About 2 give d last shot of my lucky Lucknow schedule of #JollyLLB2!What a place & experience,leaving with a heavy pic.twitter.com/DCT47rI6vj

The 48-year-old actor's fans were worried to see the arm-brace and immediately confirmed if it was a part of the film's shot:

To which Akshay replied saying:

Earlier this week, Akshay shared another picture with fans when he commenced the film's shot with his co-star Huma Qureshi:

Greetings from @humasqureshi & me this morning straight from Lucknow stn.Jolly indeed is having a jolly good time pic.twitter.com/wEDrXI23mB

Promoted
Listen to the latest songs, only on JioSaavn.com
Jolly LLB 2 is a sequel to Subhash Kapoor 2013 film which featured Arshad Warsi in lead role. It also stars Elli Avram and Annu Kapoor. Actor Saurabh Shukla will reprise his role which fetched him Best Supporting Actor National Award.

Boman Irani and Arshad reportedly have cameos in the film.