Akshay Kumar, Suniel Shetty And Paresh Rawal's Delayed Hera Pheri 3 To Go On Floors By The End Of 2019: Report 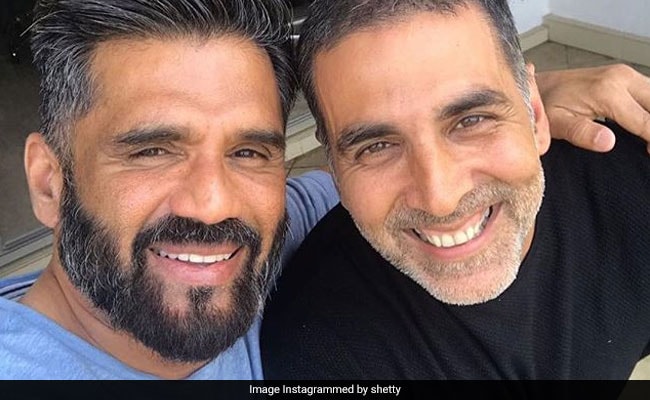 Akshay Kumar, Suniel Shetty And Paresh Rawal's Hera Pheri 3 will reportedly go on floors by the end of this year, a Mumbai Mirror report stated. The Indra Kumar-directed film, which was earlier scheduled to go on floors in December last year, was reportedly delayed due to "issues in the script", a source told Mumbai Mirror. "The delays happened due to the issues in the script. Hera Pheri is an iconic franchise and the team is in no hurry to take it on the floors. Though everyone is excited, no one wants to compromise on the script for a substandard product to capitalise on the franchise's power," the report stated. It was earlier reported that Akshay Kumar, who is reprising his role in the film, had initially walked out of the project after an argument with the producer of the film Firoz Nadiadwala. However, it has been now reported that "everything has been resolved".

Director Indra Kumar has been reportedly working on the script of the film with his team of writers since May last year. The filmmaker will reportedly start working on the second half of the film after the release of his forthcoming movie Total Dhamaal. "At present, the film is in the scripting stage. Indra Kumar has been working with his team of writers on the story since May last year and has already locked the first half while the second half requires some more work. He will jump into it after the release of his upcoming directorial, Total Dhamaal," the source told Mumbai Mirror.

The first Hera Pheri film which released in 2008 featured Akshay Kumar (Raju), Paresh Rawal (Baburao Ganpatrao Apte) and Suniel Shetty (Ghanshyam) as the three protagonists and the third installment will witness the collaboration of the trio once again. The first installment of the Hera Pheri series released in 2000 and was helmed by Priyadarshan. The second installment was directed by late actor-director Neeraj Vora. Both the films had done pretty well at the box office.

Neeraj Vora, who died in 2017, had reportedly started working on the third installment of the film and had finalised the story, screenplay and dialogues.