Akshay Kumar Should Have Won Many Years Ago, Says Karan Johar About Controversial National Award 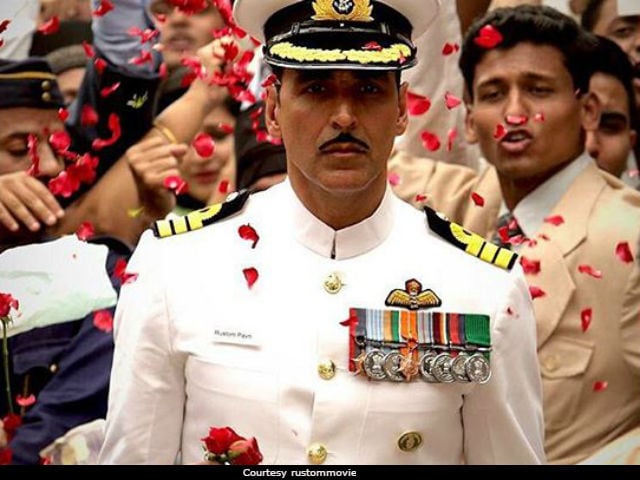 Akshay Kumar in a still from Rustom (courtesy: rustommovie)

New Delhi: Actor Akshay Kumar's colleagues from Bollywood have contributed little to the noise about his National Award win and now, filmmaker Karan Johar blames 'perception' for the criticism of Akshay's performance in Rustom being awarded over the likes of Aamir Khan in Dangal and Manoj Bajpayee in Aligarh. Speaking to NDTV, Karan Johar said, "Some of us just don't get our due because there is a perception of us. There is a perception that I make these bubblegum, NRI-friendly, glossy, glamorous, first world films and that Akshay Kumar is this major movie star who has always done mainstream work." Weeks ago, there was an outcry when the National Award jury, chaired by filmmaker Priyadarshan, announced Akshay Kumar as this year's Best Actor - for a film that was widely panned as was his performance in it.

Karan Johar, who is great friends with Akshay's wife Twinkle Khanna and invited the couple to his chat show Koffee With Karan in the previous season, doesn't agree that Akshay's win was without merit and says he ought to be 'applauded' and 'appreciated.' "I think Akshay Kumar should have won this award many years ago, he is truly the most amazing mind in the business. He is a very dedicated talented hardworking man. I am so glad he won his National Award. He deserves it ," Mr Johar told NDTV, adding, "I hope I win one, one day, as well."

Much of the carping over Akshay Kumar's elevation over Aamir, Manoj and Mohanlal, who Priyadarshan revealed was the Rustom star's only competition, has been attributed to favouritism on the part of the jury chief. Priyadarshan has directed Akshay in several films, the cult comedy Hera Pheri and it's sequel included, as he has Mohanlal in Malayalam cinema. Priyadarshan has dismissed his critics, asking why Amitabh Bachchan being awarded the National Award for Piku by a jury headed by his Sholay director Ramesh Sippy hadn't been similarly questioned. He told news agency PTI, "When Ramesh Sippy was jury head Amitabh Bachchan won. When Prakash Jha was head of jury, Ajay Devgn won. So none questioned at that time. So why all these questions are cropping up today."

Promoted
Listen to the latest songs, only on JioSaavn.com
Akshay Kumar told Mumbai Mirror some days ago, "I have completed 25 years in the film industry and I've never called in a favour to bag a movie or an award."

Rustom, based on the Nanavati trial that led to the scrapping of the jury system, starred Akshay Kumar as a naval officer accused of murdering his wife's lover. Akshay has already been seen in two films this year - Jolly LLB 2, in which he played the title role, and Naam Shabana, in which he made a special appearance. He has two more films out later - Toilet: Ek Prem Katha and Rajinikanth's 2.0 - and is working on a third, Padman, co-starring Sonam Kapoor who received a Special Mention at the National Awards for her work in Neerja.