Akshay Kumar Remembers His Mom In An Emotional Post 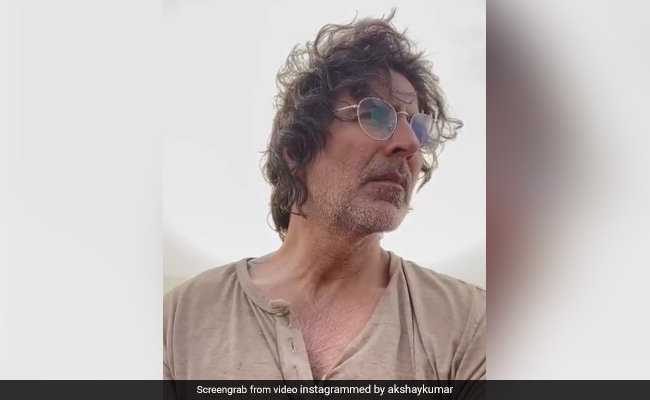 Akshay Kumar, who lost his mom in September, remembered her in an emotional post on Wednesday. The actor's mother Aruna Bhatia died on September 8 due to health-related issues. Akshay, who began shooting for Ram Setu again this week, posted a video of himself from the sets of the film and wrote: "Yuhin...aaj Maa bohot yaad arhi hain (missing my mother a lot today)" with a broken heart icon. The actor looks sad and downhearted in the video. On Akshay Kumar's post, his fans extended support and commented: "We are with you sir."

Akshay Kumar's mother was admitted to Mumbai's Hiranandani Hospital, where she was in the ICU, in the first week of September. On the morning of September 8, the actor shared the news of his mother's death in a heartwrenching post that read: "She was my core. And today I feel an unbearable pain at the very core of my existence. My maa Smt Aruna Bhatia peacefully left this world today morning and got reunited with my dad in the other world. I respect your prayers as I and my family go through this period."

Akshay, who turned 54 a day after his mother's death, remembered her with these words on his birthday: "Would have never liked it this way but am sure mom is singing Happy Birthday to me from right up there! Thanks to each one of you for your condolences and wishes alike. Life goes on."

On the work front, Akshay Kumar is currently filming Ram Setu with Jacqueline Fernandez in Ayodhya.