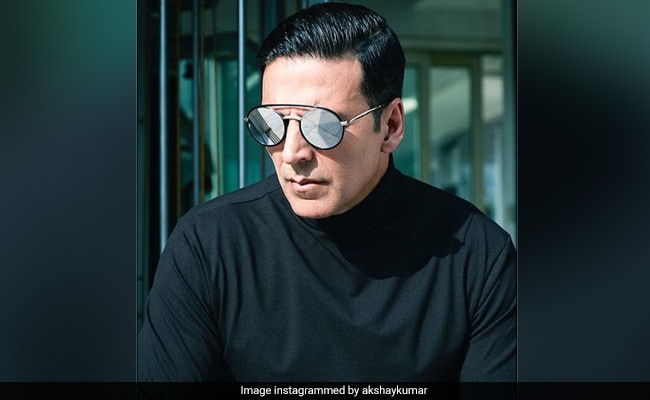 Akshay Kumar made it to another Forbes list this year and nobody's surprised. The 52-year-old actor ranks at #6 on Forbes' 2020 list of 10 Highest Paid Male Actors with his earnings estimated at $48.5 million - he is the only Indian on the list. Akshay Kumar's rank dropped two notches from last year - on Forbes' 2019 list of Highest-Paid Actors, Akshay Kumar held the fourth spot. This year's list is headlined by wrestler-turned-actor Dwayne Johnson (with his earnings estimated to be $87.5 million), who also topped the list last year. Deadpool star Ryan Reynolds holds the second spot with earnings of $71.5 million. Third, fourth and fifth spots have gone to actors Mark Wahlberg, Ben Affleck and Vin Diesel, respectively. Hamilton star Lin-Manuel Miranda, Will Smith, Adam Sandler and Jackie Chan hold the last four ranks on the list after Akshay Kumar. The PadMan actor has featured on the Forbes list of highest paid actors for five consecutive years.

Forbes reports that for his digital debut with upcoming Amazon Prime series The End, Akshay Kumar has signed a deal that pays him $10 million. Forbes described Akshay Kumar as: "The only Bollywood star on the list, Kumar is working on his first television series The End for Amazon Prime." It notes that the bulk of Akshay's earnings are from advertisements and not film work, putting it bluntly: "Most of his money, though, comes from endorsement deals; he shills for everything from multivitamins to toilet cleaners."

In June, Akshay Kumar was the only Indian celebrity on the Forbes List Of 100 Highest-Paid Celebs. However, his rank dropped to #52 from last year's #33. Salman Khan, who featured on the list at #82 in 2018, dropped out of the list last year. Shah Rukh Khan, who was ahead of both Salman and Akshay in 2017, didn't make it to the list in 2018.