Akshay Kumar And Sara Ali Khan Weren't Flying To Katrina's Wedding After All. They Went To.. 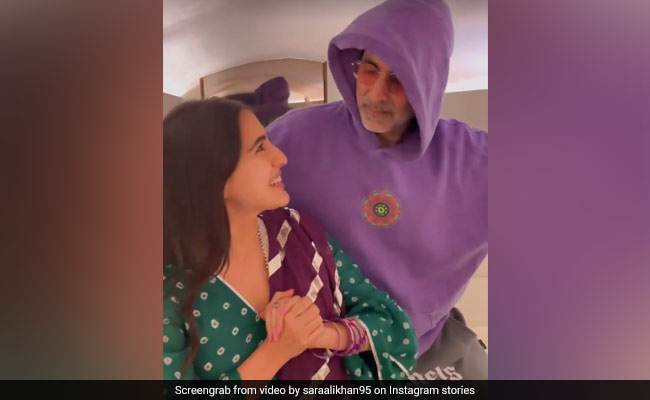 Vicky Kaushal and Katrina Kaif may have finally dropped their oh-so-dreamy wedding pictures, but chatter around the ceremony and the guest list continues unabated. And, Sara Ali Khan and Akshay Kumar were among the names thrown around given that both actors were spotted at the Kalina airport on Thursday evening. But now Sara Ali Khan has made it amply clear that Akshay Kumar and she were headed to Delhi for the promotions of her upcoming film Atrangi Re. In fact, Sara Ali Khan shared a video from the private plane that she was flying in, with a special appearance by Akshay Kumar.

In the Instagram Stories shared by Sara Ali Khan, she is back with another Sara Ki Shayari. Starting with her trademark, “Namaste darshakon,” she adds, “Jaise ki aap dekh sakte hai hamare saath hai Akshay Kumar. Unke plane par hai hum savaar. Dilli, ho jao tayyar.Aur dete rahiye hamare film ko dher saara pyaar (As you can see, with us is Akshay Kumar. We are aboard his plane. Delhi, get ready. Continue giving our film loads of love).”

In the video, the actress added the geotag for New Delhi and tagged Akshay Kumar along with the hashtag Atrangi Re. Catch a glimpse of the fun moment here: 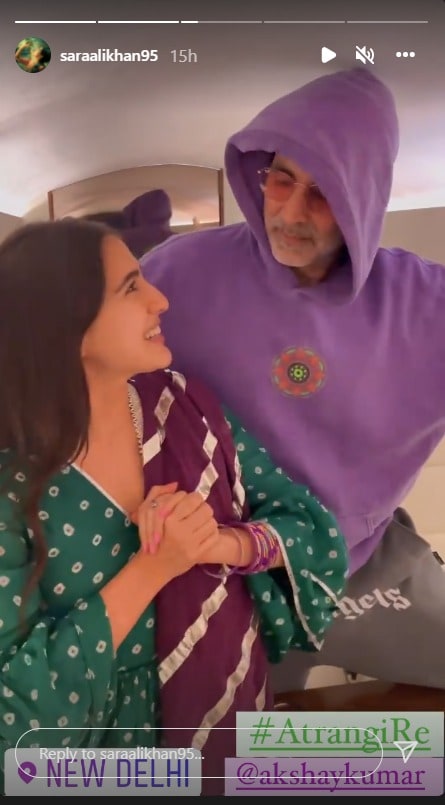 Both, Sara Ali Khan and Akshay Kumar, were dressed in casual clothes and looked upbeat as they were captured at the Kalina airport. The two actors even posed for a group of photographers stationed right outside. 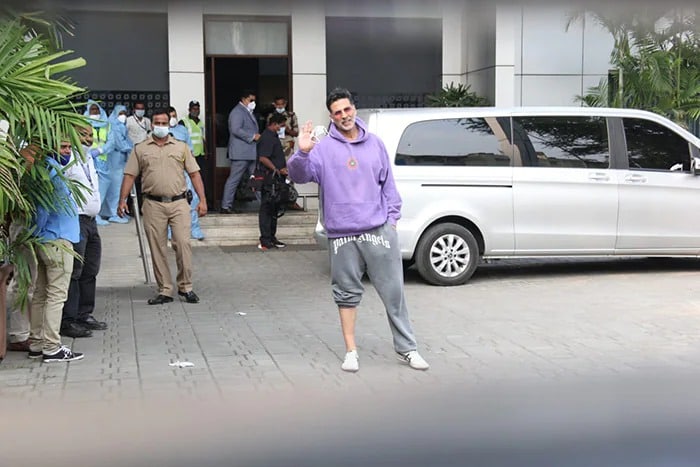 Akshay Kumar at the Mumbai airport.

Upon landing in Delhi, Sara Ali Khan seems to have headed straight to Hazrat Nizamuddin Aulia Dargah. The actress posted a video of herself listening and singing along to a qawwali performance at the shrine. In an Instagram Stories, she can be seen enjoying the song Kun Faya Kun being performed. 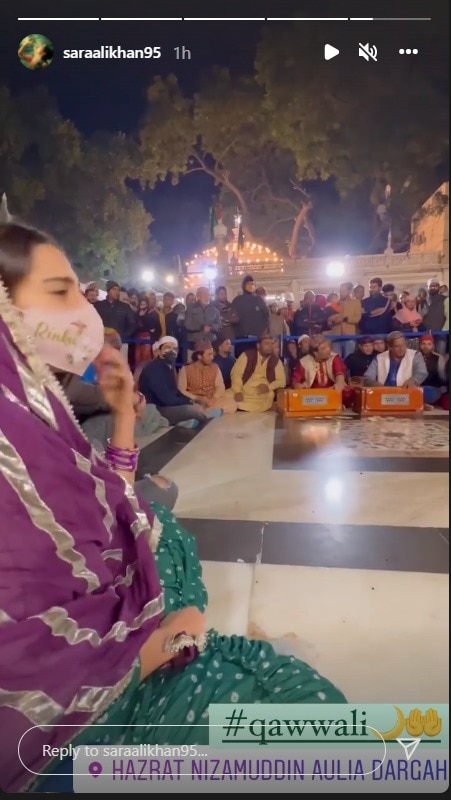 Sara Ali Khan has been busy with the promotions of Atrangi Re for the past several days. In addition to Akshay Kumar, Sara Ali Khan will be seen with National Award-winning actor Dhanush in the film. The film has been directed by Aanand L Rai with music by AR Rahman.