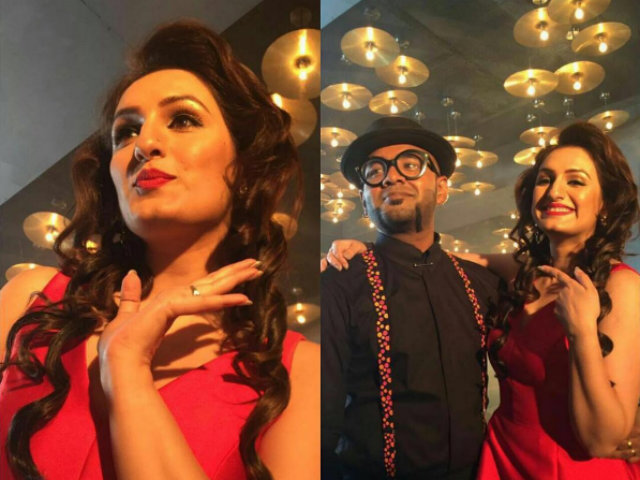 This image was posted on Instagram by Akriti Kakar

Mumbai: Singer Akriti Kakar, known for songs like Tu Junooniyat and Saturday Saturday, has become a music producer and composer with her latest track Batti Gul, which was released on Thursday.

"It is a young, fun, mad, and crazy video where the 'Batti Gul' happens and a bunch of typical boys are dealing with a post party scene when dialling for an electrician, who comes around and fixes not just the light but also brings alive the whole scene from then on," Akriti said in a statement.

Apart from Akriti, the song has also been sung by Benny Dayal.

"Our camaraderie as singers and performers comes across well enough in the video too. We've had so much fun and I hope my maiden effort in this genre as a singer, songwriter and lyricist is fruitful and people who hear it groove to it just the way we did," Akriti added.

Promoted
Listen to the latest songs, only on JioSaavn.com
Watch Batti Gul here: