Akkineni Nagarjuna On Fire In Family Studio: "It Is An Emotional Blow"

The set destroyed in Akkineni Nagarjuna's family studio was where his father shot his last film, 2014's Manam 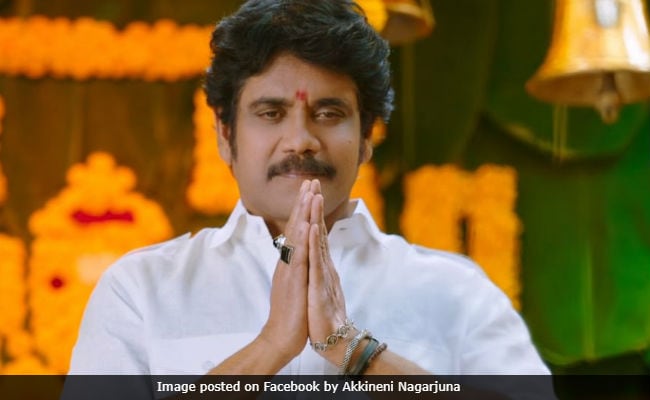 New Delhi: Akkineni Nagarjuna says that the set gutted in the fire at Hyderabad's Annapurna Studios (owned by the Akkineni family) on Monday held emotional value for him. The actor told Quint that tit was the same set where his father Akkineni Nageswara Rao shot his last film (as producer), Manam in 2014. "More than a financial loss, this is an emotional blow. The set that got gutted was where my father shot his last film with me and the family. It was a historical set, in more ways than one. Not only does it carry the legacy of my family, but it was set for an elaborate costume-historical drama, and housed rare artifacts and decoration pieces, all gone now. But never mind."

Nagarjuna told news agency IANS that the set was made at a cost of Rs 2 crore and was also used for Raju Gari Gadhi, in which he co-starred with his daughter-in-law Samantha Ruth Prabhu. "I was in one wing where the editing-room is, editing my son Akhil's forthcoming film when I was informed about the fire. It spread in three minutes and it was all over in fifteen minutes. That's life, I guess. In minutes you lose something precious and valuable," Nagarjuna told Quint.

The Akkineni family hosted a reception for their elder son Naga Chaitanya and his wife Samantha in Hyderabad, a day before the ill-fated event. "We are okay. We are fine. We are relieved that there was no loss or damage to human life. If someone had been injured in the fire, I'd have been devastated. Luckily, we lost only the set, which is completely destroyed. But nothing can take away the memory of the time our family including my children spent on that set, and of course the love and concern that is pouring in after the fire is just so overwhelming," said Nagarjuna.